A Guide on Returning to Work Safely in the U.S. & Italy

As Published in European American Chambers of Commerce New York

With the help of our members, we are creating a Thought-Leadership series on the impact of COVID-19 on Labor & Employment from the perspective of both sides of the Atlantic. Today, we present Richard P. Romeo, Principal at Offit Kurman in New York, and Silvia Tozzoli, Partner at Legance Avvocati Associati in Milan, Italy, who will address “A Guide on Returning to Work Safely in the U.S. & Italy”.

This section discusses some of the challenges facing businesses in the United States that are re-opening or attempting to re-open in an environment where the effects of COVID-19 may still exist.

Compliance with federal, state, and local laws, rules, and regulations.

The United States has a federal government system, meaning that there are two (and sometimes three) levels of government with the authority to regulate businesses: federal, state, and in many cases, local governments. This is especially true in some of the larger cities, such as New York, which has enacted legislation and regulations that are often more stringent than similar federal or state laws and regulations governing the same topics. In addition, federal, state, and city administrative agencies are repeatedly charged with “interpreting” and enforcing the laws passed by the respective legislative bodies.  These “interpretations” often come in the form of regulations, which are a more formal pronouncement of the agencies’ interpretation of the law, and written “Guidance,” which are less formal interpretations that provide businesses with assistance and advice complying with the law. In interpreting statutes, courts often rely on the interpretations of these administrative bodies in making their decisions. As a general rule, employers are required to provide a “safe workplace,” which can sometimes be confusing and challenging. It is not always the case that the three levels of government, or their administrative bodies, are on the same page. Thus, it is incumbent on any business to be sure that it is aware of and complies with all of these jurisdictions and entities’ laws, rules, and regulations. Furthermore, although not required by a governmental authority, businesses may wish to follow recommendations that become a standard of “best practices,” a standard which is most often higher than the standard imposed or suggested by the applicable governmental authorities. 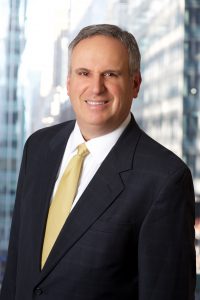 Richard Romeo's practice focus is in the area of employment law, both transactional (drafting) and litigation.

Transactions: On the transactional side, Mr. Romeo has been involved in drafting non-disclosure agreements, employment agreements, and independent contractor agreements, post-employment restrictive covenants, and employment policies and handbooks. He has also specifically represented restaurants and hospitality businesses in all of the above employment matters.