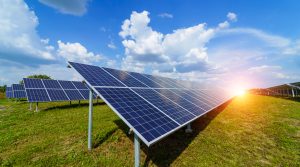 Over a year ago, I blogged about the case of Belmont Association versus Farwig, where the Court of Appeals held that an HOA could restrict solar panels because they were an “improvement” to a residence, and improvements required prior architectural approval.

Underlying this case is a statute intended to make it easier for owners to install solar panels as a matter of public policy.  The statute, entitled “Deed restrictions and other agreements prohibiting solar collectors,” is poorly worded.  The Supreme Court’s majority opinion, which is difficult to follow, likely results from trying to make sense of the statute, which the majority (perplexingly) says is clear.  I won’t try to summarize the majority opinion – principally because I don’t think I can – but I will distill it as much as I can.

One area of the statute, which was not at issue in this case, is the final section of the statute which authorizes a judge to award a prevailing party with its attorney’s fees if that party prevails under the statute.  Given that this case could open the floodgates to claims against HOAs, you should consult with an attorney to discuss what types of solar panel restrictions are authorized under your community’s CCRs.

In his HOA and condominium practice, Mr. Karb regularly advises HOAs and condominium associations across a broad spectrum of issues, including the interpretation of covenants, contractual matters, and collection of assessments.  Mr. Karb routinely attends membership meetings and assists communities with the ever-difficult process of amending their governing documents.