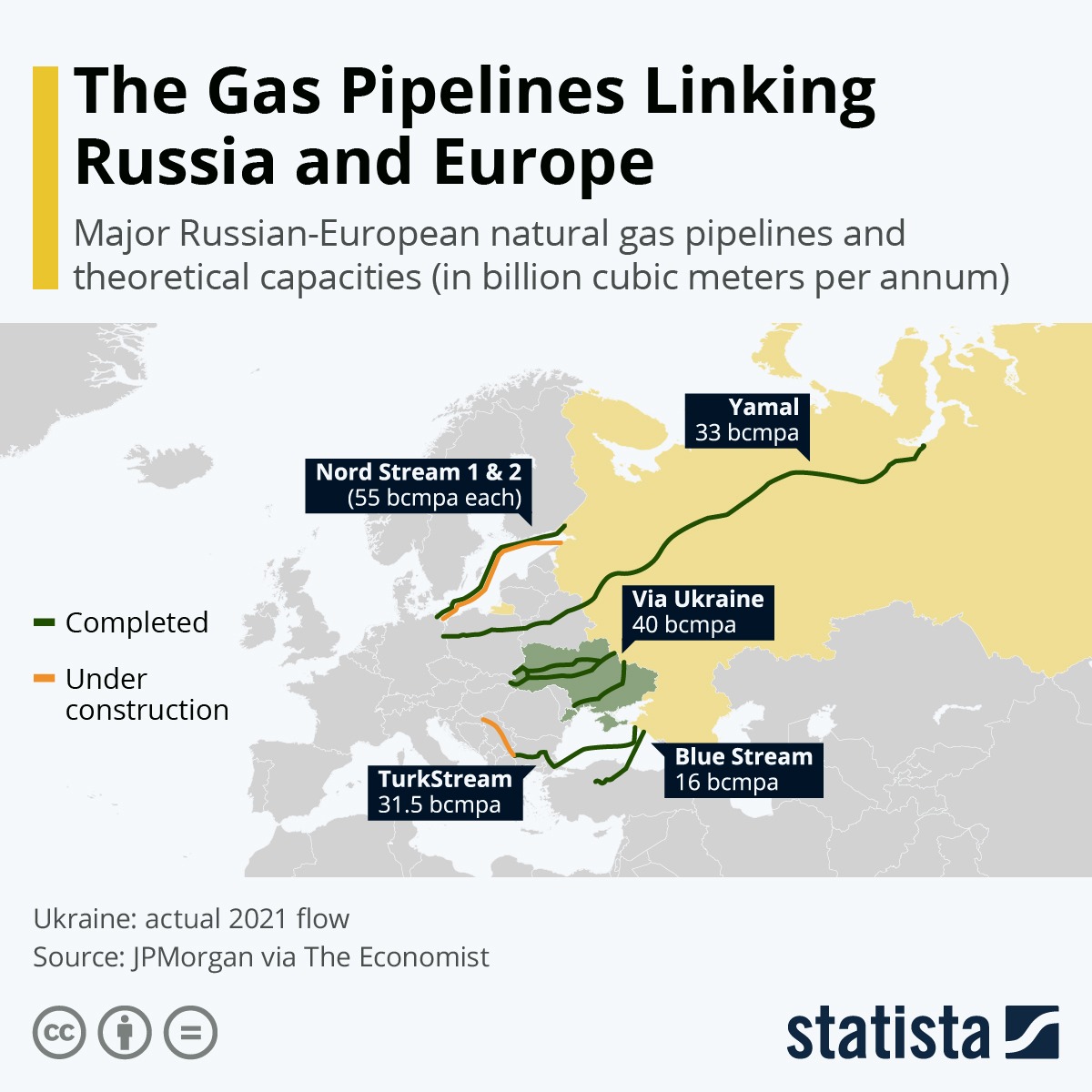 Russian natural gas makes up around a third of all gas used in Europe, arriving on the continent via pipelines. Gas plays an important role in the energy mix of many European nations, making the question of what would happen to gas flows in the case of a standoff of Western powers and Russia over Ukraine a contentious one.

Prominent transportation routes include the Yamal pipeline running through Belarus and Poland with a capacity of 33 billion cubic meters per year and the larger North Stream pipeline in the Baltic Sea which can transport 55 billion cubic meters per year. 40 billion more annual cubic meters can be transported via Ukraine, according to The Economist. Major European economies which obtain 40 percent or more of their natural gas from Russia include Germany, Italy and Poland. Many smaller countries, especially in Eastern Europe and the Balkans, are even more dependent on Russian gas supply.

Even before the discussion about Russian energy dependency resurfaced, the Nord Stream pipeline, which ends in Germany, had become infamous. The route is supposed to double in capacity with the construction of a second pipeline – Nord Stream 2. Even before the current crisis, the project was heavily criticized for creating more energy dependence on Russia. However, experts believe that Europe is actually able to replace up to two-thirds of the gas quantity currently supplied by Russia. This could happen via increased use of pipelines from Norway, the UK and North Africa as well as through the use of imported and regasified LNG. Talks about the latter method utilizing Qatari gas are ongoing.

Russian troop presence on the Ukrainian border meanwhile continues to alarm observers, even though Russia has denied plans to invade. After the U.S. had put 8,500 troops on alert of deployment to Europe last week, 2,000 are now scheduled to travel to Germany and Poland, while 1,000 soldiers already stationed in Germany will move on to Romania.