Can I Have My Spouse Tested for Drugs? 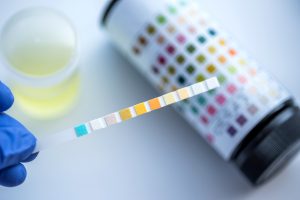 One of the most common issues that comes up in divorce and child custody cases in South Carolina is the problem of substance abuse by one or both parties. While the party who wishes to file may have been an eyewitness to this conduct, one of the first questions they ask in a consultation is whether they are allowed to have the other party tested for drugs to obtain the clear evidence they want for their court case.

In South Carolina, evidence of substance abuse by a party can have significant ramifications for the entire case. In divorce cases, it can serve as a ground for divorce and/or impact alimony or other spousal support. When the custody of children is an issue, someone who can be proven to have an untreated substance abuse problem will likely have a hard time being awarded custody or having unsupervised visitation. However, that doesn’t mean that one party can require the other to get a drug test even before the case is filed.

If one spouse in a divorce case wants to require the other spouse to be tested for drugs, they must file a motion asking the Judge to order the testing be done and to set a deadline for doing so. When substance abuse is suspected at the outset of the case, many attorneys will simply include this request in their initial Motion for Temporary Relief, so that it can be addressed at the temporary hearing. More often than not, when child custody or visitation is an issue in the case, the Judge will almost always grant the request.

However, there is an important caveat to this. If you request a drug test of your spouse, expect the Judge to make it a “mutual requirement” ­- meaning that both of you will be required to take the same test in the same time frame. The old adage holds true: “Be careful what you ask for” especially if you and your spouse have used substances that could show up on a drug test. I have seen too many parties assure the court that they have never used any substances only to fail the test they thought they would pass.

Do not put yourself (or your lawyer) in that position. In our jurisdiction, the Courts are routinely requiring hair follicle or nail bed tests, which purportedly are more accurate and test back farther in time. Of course, the best advice here (particularly if custody of children is at issue) is that if you are using drugs, you don’t need to have custody of your children. Or, better yet, if you want to be awarded custody of your children, don’t do drugs!

If you find yourself facing the prospect of a separation, divorce, alimony, support, or other financial issues, you need the help of an experienced South Carolina family law attorney to guide you through the difficult process.  Ben Stevens is a Fellow in the American Academy of Matrimonial Lawyers and is a Board Certified Family Trial Advocate by the National Board of Trial Advocacy.  He has the experience to help guide you through the most complicated family law issues.  You are invited to contact our office at (864) 598-9172 or SCFamilyLaw@offitkurman.com to schedule an appointment.