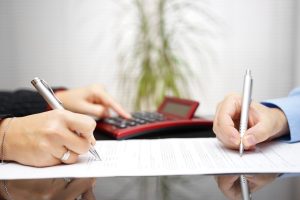 After investing considerable time, energy and financial resources, you and your spouse reach a settlement of your claims arising out of the marriage.  Now it is time to “seal the deal” by incorporating it into a legally enforceable settlement document.

That legal document will define and govern the rights and obligations of you and your spouse.  That document can either be a court order or a private contract, such as a separation and property settlement agreement (SPSA).

Before you sign anything, you should think through the specific terms of your settlement to make sure you have covered all issues and the different scenarios that reasonably would or could arise in the future.

You are going to need a carefully drafted legal document.  It is your attorney’s responsibility to draft a settlement document that protects you.  However, there may be certain facts known only to you,  or you may have expectations you have shared with your attorney that impact how the document should be drafted. You will want to sit down with your attorney, go over the document and have what I call a “what if” discussion – like, what happens to my settlement if such-and-such occurs in the future.

Samuel L. Jackson (not the star of the movie “Snakes on a Plane”) is an example of a party whose SPSA fell short by not including all of the terminating events of child support, thereby costing him additional monies.

On November 16, 2021,   the North Carolina Court of Appeals rendered a decision in Mr. Jackson’s case that provides a valuable lesson on the importance of your settlement document incorporating all essential terms of your settlement.

Lisa Jackson v. Samuel L. Jackson, 2021-NCCOA-614 concerned an appeal from the trial court order for child support.  Mr. and Ms. Jackson had three minor children.  Following their separation, the Jacksons executed an SPSA which vested joint physical and legal custody in them and obligated Mr. Jackson to pay $1,150.00 per month in child support.  The parties provided in the agreement that Mr. Jackson’s child support obligation would terminate upon the first occurrence of one of the following events:

The SPSA was not incorporated into a court order. This is important because:

Although both a court order and a private contract fulfill the same goal of making your settlement valid and enforceable, there are fundamental differences between the two options.  A court order can be modified by the court upon a showing of material and substantial changes in circumstances justifying modification. A private contract, however, cannot be modified by the court, regardless of circumstances.  A private agreement that is not incorporated into a court order remains a private agreement.

At some point following the execution of the SPSA, the parties agreed to allow the youngest child to live solely with Mr. Jackson for a period of time.  After the child moved in with him, Mr. Jackson filed a motion with the court seeking an order directing Ms. Jackson to pay child support to him and to terminate his child support obligation under the private agreement   The child resumed living with Ms. Jackson in August 2018.  Also, at some point, Mr. Jackson unilaterally reduced and then stopped paying child support.

The outcome may have been different had one of two things had occurred – either the SPSA had been incorporated into a court order thereby making it modifiable by the court or the SPSA specifically provided that a change in custody permitted modification of child support.

An SPSA which is not incorporated into a court order is governed by contract law, and therefore, the only way his obligation under the SPSA could be terminated is if the SPSA specifically provided that child support would terminate upon a change in custody.  The SPSA was silent as to what happens if there is a change in custody.

The appellate court denied Mr. Jackson the relief he sought because the Jacksons’ SPSA “did not contemplate the effect  a possible violation or an agreed-upon change of custody would have on child support,…a change in custody of minor children was not included on [the] list [of terminating factors set out in the agreement]….”  Nor did the agreement contemplate a modification of child support.

Mr. Jackson, no doubt was surprised by the decision, which resulted in his owing substantial sums to his ex-wife that he had not anticipated  – sort of like being bitten by a ‘snake on a plane.’