Parental Misconduct Can Be Basis for Change of Child Custody 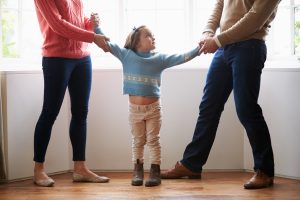 Does this sound familiar?  Parents divorce and are granted joint custody of their child, with the mother having primary physical custody and the father having liberal visitation.  This arrangement works fairly well for a year or so, but then problems develop. The “problems” that arise include:

Unfortunately, I have seen these types of parental misconduct occur far too often.  In fact, I have handled child custody cases involving every one of these allegations. These situations occur when one parent gets so caught up in his/her own negative feelings toward the other parent that they simply forget about the child’s interest or welfare.  How can any reasonable person defend calling their child’s stepparent a dirty whore?

A court in Missouri, when presented with the facts set forth above, found that the mother’s actions “constituted an ‘adverse circumstance’ that was “adverse to [the child’s] best interest’” and that “the best interest of the child warranted a transfer in custody from [the mother] to [the father], with [the mother] having specified visitation.”

Kudos to that court for recognizing the seriousness of these types of problems and for doing something about it.  Too often, Courts will simply give parents a “slap on the wrist” in such situations, believing that it will discourage such future conduct.  However, the opposite is often true, and parents become emboldened when they see that they can get away (for the most part) with such conduct.

Ben Stevens is a Fellow in the American Academy of Matrimonial Lawyers and the International Academy of Family Lawyers, and he is a Board-Certified Family Trial Advocate by the National Board of Trial Advocacy. He has represented parents in Family Court cases all across South Carolina for over twenty-five years. If you or someone you know is facing a child custody or visitation case, contact our office at (864) 598-9172 or SCFamilyLaw@offitkurman.com to schedule a consultation.