The Dangers of Dating During Divorce 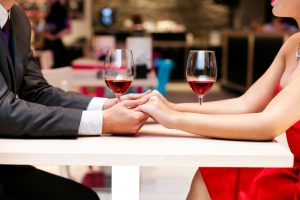 It is not uncommon for couples coming out of a destructive relationship to want to begin dating again, searching for a new (and hopefully better) match. While this is understandable, it can prove risky in the context of a divorce in South Carolina. Though no one can control your actions as a consenting adult, there are some very real reasons why it is worth thinking twice before jumping back into the dating pool before your divorce is finalized.

One of the dangers of dating during divorce is that your spouse may believe the new relationship began before you separated and that you were engaged in an extramarital affair. This is especially true when the dating begins quickly after a separation, leading not only your spouse, but also possibly the judge presiding over your case, to question the timeline for your new relationship. Even the appearance of an affair can make an already tense divorce worse and potentially harm your financial standing.

Dating during a separation and divorce is especially dangerous in relation to issues of alimony and child custody. If you are requesting alimony from your spouse, your fidelity (or lack thereof) is relevant, particularly in South Carolina, where adultery is an absolute bar to alimony. In other words, if your spouse can prove you have committed adultery, you will not be able to receive any alimony from him or her. If you begin dating during the divorce, even if the relationship has not yet become sexual in nature, it becomes much easier for your spouse to accuse you of engaging in an adulterous affair, which could ruin your chances of collecting spousal support.

With regard to child custody, dating itself isn’t the problem; it’s how your dating may impact your kids. If you have recently separated and are already exposing your children to a new romantic partner, it will likely raise serious concerns with most judges. Having boyfriends or girlfriends stay overnight when the children are present is even worse.  These actions may cause the Court to question the stability of your home and whether you truly have the best interest of your children in mind.

Finally, dating can also lead to jealousy on the part of your spouse. What may have otherwise started as a smooth divorce process can quickly become contentious, with your former spouse hurt and shocked to see you moving on so quickly. In these situations, it’s not uncommon for the other party to lash out and attempt to hurt you financially, just as they have been hurt emotionally. This can lead to legal fights that need not have occurred, raising not only the stress level of the divorce, but ultimately, the financial cost as well.

If you are facing separation, divorce, or issues regarding child custody, talk with an experienced family law attorney as soon as possible.  There are things that you can do to improve your chances of a favorable outcome, and the sooner you know what you should (and shouldn’t) do, the better.

Ben Stevens has provided exceptional legal counsel and support to families throughout South Carolina for over twenty-five years. Our firm is well-equipped to handle all divorce and family law matters, no matter your circumstances. Contact us at (864) 598-9172 or SCFamilyLaw@offitkurman.com to schedule an initial consultation.