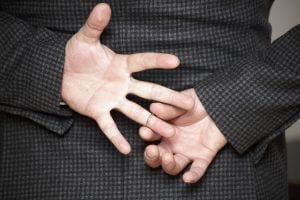 Though no one wants to think that they will ever engage in or experience the pain of adultery, the reality is that many couples will. In fact, some studies have estimated that in as many as 40 percent of marriages, one or both spouses engage in at least one affair. In many (but not all) cases, this infidelity can lead to divorce. A common question for these couples is does adultery have an impact on child custody decisions?

In South Carolina, adultery is defined as sexual activity between a married person and someone other than that person’s spouse. Adultery can take place between people of the same sex or different sexes. Adultery is one of the few fault grounds for divorce in South Carolina.

What impact does adultery have on a divorce case?

Adultery, when proven, can play an important role in some divorce cases, especially with regard to financial issues. For instance, the non-adulterous spouse may receive a more favorable portion of the marital estate. The Court will often require the spouse who committed adultery to reimburse the costs incurred by the other spouse for a private investigator as well as a portion of his/her attorney’s fees. However, the most important impact of adultery involves alimony, as adulterous spouses are barred from receiving any alimony in South Carolina.

What about child custody?

Child custody decisions in South Carolina are not meant to serve as a reward or punishment for parents. Instead, they are based solely on what is in the best interest of the children. Despite the perception “on the street” that adultery may cause a spouse to lose custody, the reality is that adultery may have little impact on child custody determinations in our state.

A person’s infidelity to a spouse typically does not have much impact on that person’s ability to serve as a reliable, caring, and supportive parent. Exceptions include those situations where the adultery directly affects the children, such as when a spouse chooses to have his/her lover around the children or chooses to spend time with his/her paramour instead of the children.

If you or someone you know is facing a divorce or child custody case, contact our office at (864) 598-9172 or SCFamilyLaw@offitkurman.com to schedule an initial consultation.