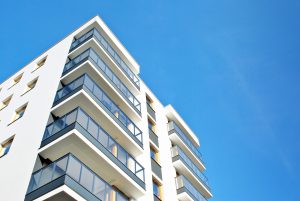 The North Carolina Court of Appeals has issued a “published” opinion (meaning the case is binding authority for similar cases), effectively eliminating an important and effective tool for the collection of delinquent assessments for older condominiums: the “power of sale” foreclosure (“POSF”).  Also known as “non-judicial foreclosure,” the POSF essentially utilizes the same legal process as mortgage foreclosures, where a neutral third-party trustee oversees the foreclosure from the commencement of the foreclosure through the sale of the property.  This process is more efficient, less expensive, and faster than lawsuits, and unlike traditional lawsuits, the issues that can be raised are limited.

Condominiums formed on or after October 1, 1986, are governed by the North Carolina Condominium Act, Chapter 47C of the General Statutes.  The Act details the procedures for POSFs, and has provisions that expressly make POSFs available as a remedy for condominiums formed prior to 1986 – which are otherwise governed by older law, the Unit Ownership Act (Chapter 47A), which is silent on the issue of POSFs.

The case, Executive Office Park of Durham Association, Inc. v Rock, involved a pre-1986 office condominium in Durham.  The owner of several units fell behind in payment of his assessments (a fact which he disputed); the Association filed a Claim of Lien and later commenced a POSF.  The Clerk of Court hearing the case granted the Association’s petition to move forward with a foreclosure sale.  Mr. Rock appealed to the Superior Court, which upheld the foreclosure order.  Mr. Rock appealed to the N.C. Court of Appeals.

The Court properly noted that the neither the 1982 Declaration for the condominium nor the statutory provisions governing pre-1986 condominiums (the Unit Ownership Act) provided for POSF.  The only foreclosure procedure available to the Association, according to the court’s opinion, was a “judicial foreclosure,” which is a “traditional” lawsuit without the streamlined oversight of a trustee in a POSF.  The Court reversed the prior rulings of the Clerk of Court and Superior Court, thereby voiding the right to pursue POSF for this and some similarly situated pre-1986 condominiums.

Inexplicably, the Court did not even mention in its very short (7-page) opinion, much less acknowledge, the unambiguous provisions in the Condominium Act that make POSF available to pre-1986 condominiums – despite the fact that the Association’s counsel specifically raised this argument in the appellate brief filed by the Association.  For that reason, it is our opinion that this case was wrongly decided, and should be and will be reversed either by a requested rehearing of the case before the Court of Appeals, or on appeal to the North Carolina Supreme Court.

What does this case mean for pre-1986 condominiums?  Unless and until this decision is reversed on a rehearing or appeal to the Superior Court, those associations will need to have their attorney review their declaration to determine if POSF is an available option.  If not, the Association can (i) file a Claim of Lien and wait for the ruling to be reversed by the courts; (ii) pursue a judicial foreclosure, or (iii) pursue a small claims court lawsuit in the magistrate’s court.

The full court opinion can be found here:  https://appellate.nccourts.org/opinions/?c=2&pdf=40202