To Read Part One of our NFT series, click here »» 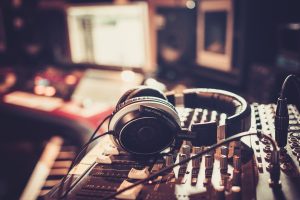 I recently recorded a podcast during which the discussion in part touched on how non-fungible tokens (NFTs) may be leveraged by artists, producers or other owners of creative works, and particularly within the context of the Taylor Swift saga, wherein she plans to rerecord her first six albums in order to take control of the master recordings of those works. My colleague David Johnson provides a basic definition of NFTs in his recent post on the topic.

As mentioned in that post, NFTs are unique to one another, unlike cryptocurrencies such as Bitcoin, and as such may derive value from their uniqueness and authenticity. In the music industry, there is a growing trend for recording artists to place NFTs up for auction so fans, collectors and other interested parties – including investment firms, for example – may bid on them. This can be exciting for music fans because in theory they may bid directly with their favorite artists (although likely through a manager or the like) for NFTs associated with original sound recordings or other original digital media content, just to give a couple of examples.

One of my least favorite happenings of 2020 was the widespread elimination of live concerts, which are important sources of income for artists in the age of streaming, when record sales are no longer the strong sources of income they once were. With live performance income cut off industry-wide, every artist is now incentivized to cut off as many middlemen as they can from their digital performance income streams. It is an object of NFTs in this environment – albeit probably not entirely effective – to allow for direct artist-to-purchaser transactions that allow the artist to keep the entirety of the proceeds from these transactions, or perhaps just slightly less. The value can be significant in the case of well-known artists who have large fan bases that can serve as auction bidders for NFTs representing original recordings, and some music fans are very wealthy people who like to collect things!

Not only that, but the artist offerings are not limited to sound recordings, or even digital media. Successful recording artists are successful not only because their recordings are enjoyable to their audience, but also because of their personalities and fashions, for example. The use of NFTs as tokens for original works are therefore not limited to an artist’s commercial releases, but also more unique pieces. Take Lady Gaga as an example. I heard her Howard Stern Show interview about how she keeps her smartphone with her almost always so she can sing into its microphone and record herself whenever she has an idea for a song, many of which of course have become hits. These are not commercial releases, but if she has those snippets stored on her phone, she can now tokenize them and offer an NFT at auction. For those of you who prefer the older classics, think of it as tantamount to John Lennon’s estate auctioning off handwritten song lyrics, which, by the way, could be associated with an NFT, as they are not limited to proving ownership of digital works, but also touch the physical world.

In any event, NFTs offer established artists an interesting new way to generate revenue during this hopefully short-lived concert-free era, and offer newer artists a way to generate interest in original works they have published and capitalize on their digital marketing efforts after the pandemic ends.

Offit Kurman, one of the fastest-growing, full-service law firms in the United States, serves dynamic businesses, individuals and families. With 14 offices and nearly 250 lawyers who counsel clients across more than 30 areas of practice, Offit Kurman helps maximize and protect business value and personal wealth by providing innovative and entrepreneurial counsel that focuses on clients’ business objectives, interests and goals. The firm is distinguished by the quality, breadth and global reach of its legal services and a unique operational structure that encourages a culture of collaboration. For more information, visit www.offitkurman.com.