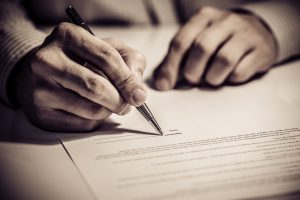 In a case from the Columbia area, the Court of Appeals overturned a lower-court decision in favor of The Homestead Property Owners Association against Wanda and Orlando Miller.  Spurred on by the South Carolina Supreme Court (in a late-2019 case we previously blogged about, in Winrose HOA v. Hale), the Court of Appeals noted that  “[a] foreclosure proceeding is a solemn judicial proceeding” and foreclosures are “a last resort, not a business model to be swiftly invoked for the purpose of exploiting property owners.”

Beating a dead horse, the Court noted that “[o]ur courts do not ‘countenance the improper use of foreclosure proceedings’ to ‘capitalize on a small debt’ for homeowners ‘minimally in arrears.’”  Ouch!  This isn’t going to bode well.

At issue was the Millers’ initial debt of $180.00 to Homestead.  The HOA sued to foreclose after the debt remained delinquent for over a year.  Although the evidence revealed that the Millers failed to timely respond to the foreclosure complaint, and that they should have been found in default, apparently the judge thought the HOA was champing at the bit.

The foreclosure judge allowed the Millers to file an answer after the deadline, where they raised counterclaims that the HOA abused the legal system (presumably for attempting to foreclose for a small debt).  They also asked for a jury trial and that the case be transferred to a different judge to allow a jury to hear the case.  The trial court denied the motion to transfer the case.

Without getting into the complexities of lawsuits in South Carolina, a foreclosure is a proceeding “in equity”, meaning that it is a trial heard before the judge only (also referred to as a bench trial), rather than a jury.  A right to a jury trial only arises for certain “legal” types of claims.  A claim for abusing the court system is the type of legal horseplay that allows a claim to be heard by a jury.  The Court of Appeals reversed the lower court, saying that the Millers were entitled to a jury trial.

The appellate court’s disdain for HOA foreclosures leaves HOAs in an untenable spot.  The Court acknowledges that HOAs have the right to foreclose, but in the same breath, says that HOAs should not foreclose for a “small debt”.  We regularly tell our clients to rein in their zealotry and not foreclose for small amounts.

Yes, a foreclosure is a solemn proceeding and it should not be abused, but let’s not put the cart in front of the horse.  An HOA has a legal obligation to collect assessments from its members, and to do so in the fashion most likely to succeed and avoid misspending community funds.  And isn’t owning a house and paying bills when they come due, or abiding by a Declaration (which is a recorded contract, usually executed under seal), also sacrosanct?

Obviously the Kentucky Derby just concluded, and I’m sure anyone who read this far is saddle-sore by all my equestrian idioms by now.  But it seems to me the Court is requiring the HOA to “trade horses” when enforcing its Declaration.  The Court is literally saying that rather than exercise the contractual right to foreclose (which all owners bargained for when they bought within an HOA), that the HOA should resort to a less-severe means to collect the debt.  Presumably the Court is referring to a small-claims lawsuit (which are generally riskier, more difficult to collect, and sometimes more expensive than a routine foreclosure).

Here’s where the Court loses me.  If the HOA obtained a judgment in small claims court, the judgment is a lien on the owner’s real estate.  But, unlike an HOA foreclosure, a judgment lien is subject to certain exemptions – an owner can carve-out up to $59,000 in equity in a home.  This means that if there is not substantial equity in a home to overcome this $59,000 exemption, a judgment lien cannot be foreclosed, and an HOA is without a remedy (or at least a remedy that makes economic sense).

I have a burr under my saddle: An HOA is left without a remedy if it is forced to choose a more-expensive, less-certain option.  It is common to spend thousands of dollars to collect a judgment, and the attorney’s fees incurred in the post-judgment legal wrangling generally cannot be added to the judgment.

Maybe the Court is suggesting that an HOA wait longer to foreclose.  The HOA waited over a year in this case.  And yes, the sum was small, but shouldn’t an owner pay a smaller debt rather than letting it grow?  And how long should an HOA wait?   Two years? Longer?  All at the expense of the paying members, who are subsidizing a delinquent owner.  It seems to me that an HOA is in the best position to know what’s best for its members, and to spend their assessments wisely and to follow its Declaration, rather than having a court require the HOA to trade horses for a different, albeit much slower and more costly remedy.