Autodialer Claims Are No Longer Automatic

How The Supreme Court’s TCPA Ruling In Facebook, Inc. V. Duguid Reestablishes Some Semblance Of Bounds For The Act 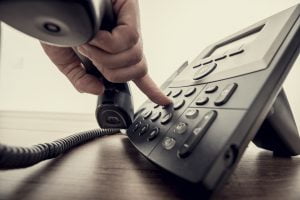 The federal Telephone Consumer Protection Act (TCPA) imposes a variety of restrictions on making unsolicited telephone calls, sending text messages, and fax advertisements for telemarketing purposes. The original intent for the now 30-year old Act was focused on preventing the use of automatic telephone dialing systems (ATDS) and artificial prerecorded voice technology from exponentially increasing the number of calls being placed through advancing technology. At the time, it was theorized that these systems would cause real harm by endlessly tying up emergency phone lines.   As a result, it is now only permissible to use such systems to place calls or text messages (which are treated as phone calls) where the consumer receiving the message has given his “prior express consent” to be contacted.

Over time, case law had degraded the definition of an ATDS to the point that almost any phone call made – even from a cell phone– was being treated as a de facto ATDS violation unless the caller could affirmatively and conclusively demonstrate it had received the consumer’s consent to call. However, in recent landmark ruling, Facebook, Inc. v. Duguid, the Supreme Court unanimously narrowed the definition of an ATDS limiting the ability of Plaintiffs to bring these claims.

Under the terms of the TCPA an ATDS is “equipment which has the capacity (A) to store or produce telephone numbers to be called, using a random or sequential number generator; and (B) to dial such numbers.” 47 U.S.C. § 227(a)(1). In recent years, however, at least three federal circuits expanded this definition to include any phone system capable of storing a list of telephone numbers that could be automatically dialed. Thus, a predictive dialing system – where calls are automatically dialed only off a pre-programmed list – could instigate a TCPA violation.

The Supreme Court in Facebook v. Duguid, dealt with text messages notifications sent to a consumer (Duguid) who was not a Facebook user but was receiving messages about unauthorized access to his account. Duguid took the position that Facebook was operating an ATDS because it had the ability to store phone numbers and rely on programming to send automated text messages.  The Ninth Circuit agreed with Duguid.  Facebook appealed on the basis that the TCPA did not apply because its technology did not use a “random or sequential number generator.”

It is to be seen whether a system that is “capable” of dialing random numbers but is not actually programed to do so at the time it calls a plaintiff will lead to future erosion of the decision.  Either way, plaintiffs now face a more ardent test for demonstrating that an ATDS was used.  Still, be aware that any call utilizing a pre-recorded voice continues to require explicit consent.  Moreover, a call placed to a consumer whose number appears on the National Do-Not-Call Registry continues to be unlawful, as is the practice of sending unsolicited faxes without the appropriate disclosure language.  As a result, those who purchase lists of telephonic consumer leads need to continue to vet the validity of the information being received with frequency.

Please remember that while the placement of calls can be outsourced to vendors, these companies often institute terms that make clear that it is the end-user’s responsibility to ensure compliance with the TCPA, including fulfilling procedural and record keeping requirements. As these claims are frequently brought as class actions, and with damages ranging from $500 to $1,500 for each and every violation, the upper bounds of liability can quickly become unfathomable. Even only a few weeks or months of mismanaged communications has the potential to yield catastrophic consequences. As a result, and despite this victory, companies need to carefully manage their compliance related to practices covered by the TCPA.