…the arc of the moral universe is long, but it bends toward justice! [i] 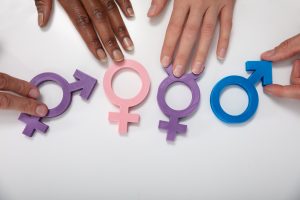 On May 14, 1974, Bella Abzug, Representative for New York’s 20th Congressional District, introduced into Congress the “Equality Act of 1974,” the first piece of federal legislation to address discrimination based on sexual orientation. The act would amend Title VII of the Civil Rights Act of 1964 to prohibit discrimination against gays and lesbians in employment, housing, and public accommodations.

Ms. Abzug’s Equality Act, as then presented, failed to pass and was thus relegated to the black hole of unsuccessful legislation, and consigned to the annals of LGBTQIA history.

Questioning the need for passage of the Act, some have pointed to the June 2020, groundbreaking Supreme Court ruling in Bostock v. Clayton County[v], which made clear that employment discrimination on the basis of sexual orientation or gender identity violates Title VII, and have argued that the Supreme Court’s decision can be stretched in its interpretation to protect LGBTQIA people from discrimination wherever federal law prohibits sex discrimination.  The ruling in Bostock is too narrow though, for such a broad interpretation.  The Bostock decision is based solely on the very particular facts and legal issues then present before the Court, and does little but scratch the surface in addressing discrimination against LGBTQIA people. The Equality Act however, in its present state, covers it all.

Care must be given however,  before the celebration begins. The excitement of the re-introduction of the Equality Act has distracted many from the fact that its passage is not guaranteed.

Our legislative process, embodied in our Congress, provides ample opportunity for consideration and debate on every bill presented for passage into law. The open and full discussion provided under the Constitution can result in the notable improvement of a bill by amendment or the demise of a bill by assault and abatement.[vi]

Though advocates believe the Equality Act will pass the Democratic-controlled House, it is the Senate (now also Democratic -controlled but only by the slightest of margins) that holds the cards to its passage into law.[vii]

So now we wait —  with appropriate anticipation.

The patchwork nature of current sex discrimination laws leaves millions of people subject to uncertainty and potential discrimination that impacts their safety, their families, and their day-to-day lives.[viii] Absent the passage of the Equality Act as it is currently constructed, lesbian, gay, bisexual, transgender, queer, intersex and asexual, Americans will still lack basic legal protections in states across the country.

[iii] Originally introduced in 2019, the Equality Act passed the Democrat-controlled House in May 2019, but it stalled in the Republican-controlled Senate.

[vi] Much like what happened to the Equality Act of 1974. See also, Congress.gov, How Our Laws Are Made.