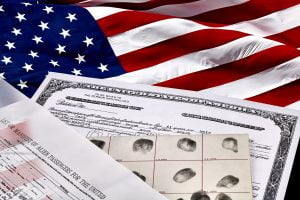 Like many other American businesses, Facebook’s workforce contains a pool of well qualified foreign national employees.  Like their U.S. citizen co-workers, these foreign nationals add value to the business, which creates more jobs for U.S. workers and more choices for U.S. consumers.  The global competition for talent is fierce; the best and brightest are coveted and snapped up by top corporations. As social media continues to challenge, disrupt and displace traditional media throughout the world, the power and influence of Facebook will only continue to expand, its workforce continues to grow, and its hiring practices, like many companies, will only come under more and more government scrutiny.  Facebook was recently sued by the Department of Justice (DOJ) for alleged discrimination against U.S. citizens in favor of foreign national workers.  A copy of the Complaint is available on the DOJ website.  According to the lawsuit, based on the department’s nearly two-year investigation, Facebook allegedly intentionally created a hiring system in which it denied qualified U.S. workers a fair opportunity to learn about and apply for jobs that Facebook instead sought to channel to temporary visa holders Facebook wanted to sponsor for green cards.

To give some context to these legal troubles, a quick summary of the process of permanent residence for foreign nationals follows.

The Process of Obtaining Permanent Residence for A Foreign Employee

There must be a shortage of qualified U.S. workers before an employer can sponsor a foreign national for a permanent residence.  An employer wishing to hire or retain the services of a foreign national permanently must demonstrate to the U.S. government that: (1) the wage it is offering for the position is at least what a U.S. worker would be paid in a similar position; and (2)  it has attempted to recruit U.S. workers for the position but not found any.  The process is long and complex.  The first part involves petitioning the Department of Labor (DOL) for a prevailing wage determination.  Then there is the advertising and recruitment phase in which the employer must document very carefully its efforts to hire U.S. workers.   At this point, if the employer finds no qualified U.S. worker, it may petition for a Permanent Labor Certification to the DOL.  If successful at the DOL stage, the employer may proceed to the final stage with the United States Citizenship and Immigration Service (USCIS) and file an Immigrant Petition for Alien Worker.  This entire process can take at least 2 years or longer.  Even after this approval, there is a final step of the employee’s actual application to receive their permanent residence, and this is done by filing for an adjustment of status based in the U.S. or consular processing if based overseas.  The DOL has the power to conducts audits, and the USCIS can also request additional evidence or deny petitions if it feels that the employer has not satisfied the stringent criteria.

In its’ lawsuit, the DOJ alleges that the social media behemoth sought to channel jobs to temporary visa holders at the expense of U.S. workers by not conducting a genuine search for U.S. workers. The company allegedly failed to advertise certain vacancies on its careers website, required applicants to apply by physical mail only, and refused to consider any U.S. workers who applied for those positions.  In contrast, Facebook’s usual hiring process relied on recruitment methods designed to encourage applications by advertising positions on its careers website, accepting electronic applications, and not pre-selecting candidates to be hired based on a candidate’s immigration status, according to the lawsuit.

Facebook could face civil penalties, back pay on behalf of U.S. workers denied employment at Facebook due to the alleged discrimination in favor of temporary visa holders, and other relief to ensure the end of alleged violations.  The fines could be in the millions of dollars.

The 2,600 positions at issue offered an average salary of around $156,000. Facebook’s preference for foreign applicants was intentional, widespread, and part of the company hiring practices from 2018 to at least September 2019, DOJ officials stated.

DOJ believes Facebook was not alone in these hiring practices. This lawsuit was filed as part of an initiative begun more than three years ago by the government to go after several companies that allegedly discriminated against U.S. workers. DOJ warned companies against denying employment opportunities to U.S. workers by illegally preferring temporary visa holders.

The demand for qualified talent is high.  Employers in the U.S. wish to retain the top talent.  When such talent is found in a foreign national, employers naturally follow legal means to retain their services.  Since foreign workers have usually arrived in the U.S. as students or professionals looking for career prospects in the U.S., the ability to live and work in the U.S. is important to them.  There is a general desire to retain the services of smart and hardworking employees, regardless of origin.   Employers go through a great deal of effort to retain good people and not lose them to the competition.  Foreign workers need to have some assurance that the employer will take their immigration process seriously to ensure they can continue to live and work in the U.S. with their families legally.

However, temporary and permanent foreign worker categories are becoming more and more complicated for all employers. If employers are not careful, they can run into allegations of immigration discrimination.  There must be an extensive and clear set of instructions to HR managers and others involved in the recruitment process.  From day one of the processes, there must be attention paid to the regulatory and legal details and adequate documentation kept of compliance. Finally, the audit file must be impeccable, detailing the genuine efforts to search for U.S. workers.

At Offit-Kurman, we represent employers in creating policies and practices that can help avoid such accusations by the government and navigate employers through these challenging investigations and through complicated litigation where it’s needed.