With sweeping data covering half a million surveys in 152 languages, Valuegraphics identifies 56 values that influence human behavior. It uncovers what people care most about around the world, through a contextualized dataset.

The 10 Most Important Values

Individual motivations and values are universally organized. That said, research shows that the hierarchy of these values varies significantly.

According to Valuegraphics, here are the top 10 values we share across cultures. 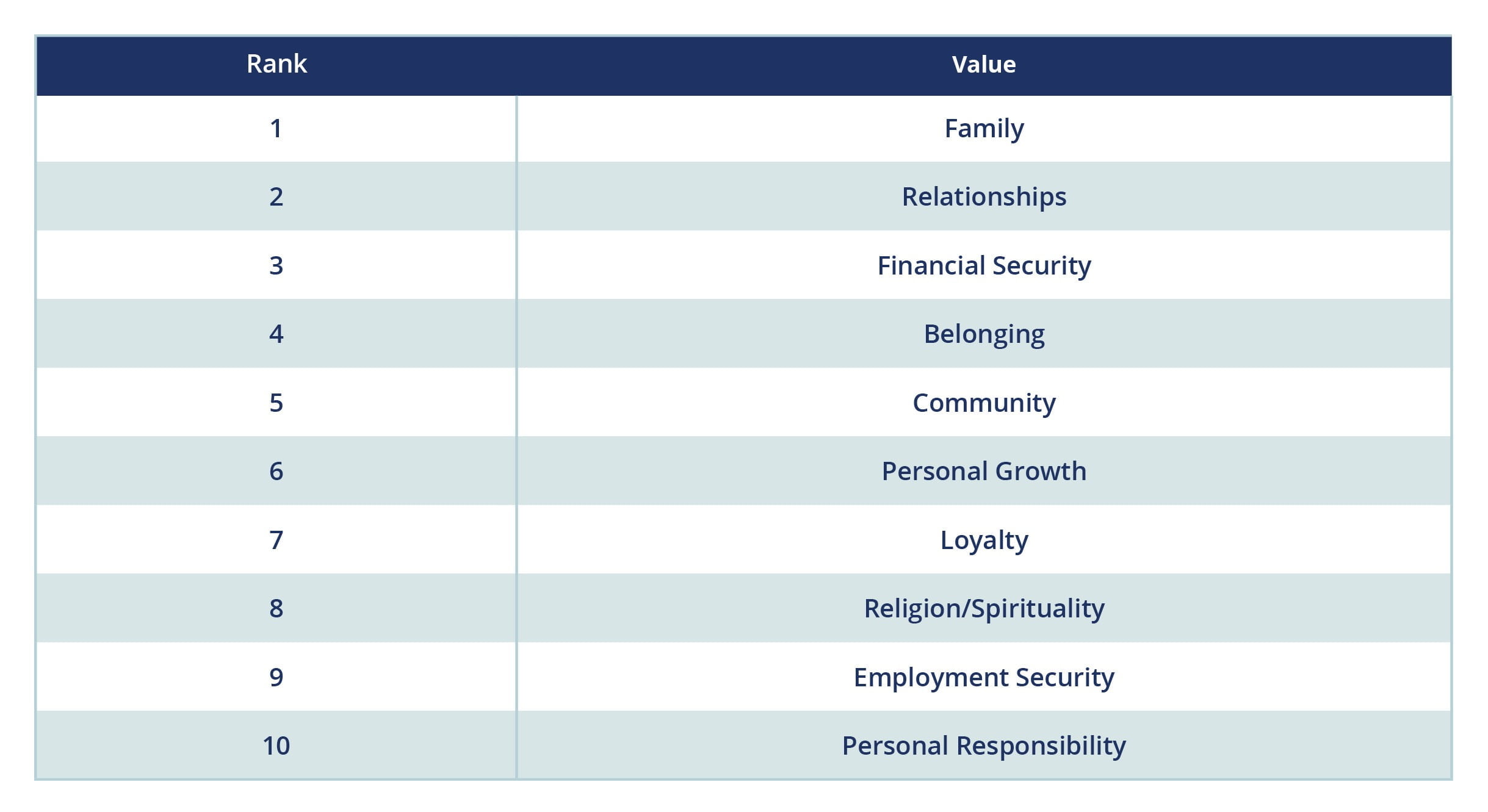 While it may not be surprising that family emerges as the most important value globally, it’s interesting to note that a number of other ‘connectedness’ values—such as relationships and belonging—emerged in the top 10. Values of loyalty, and religion/spirituality ranked #6, and #7, respectively.

At the same time, security-related values, including financial and employment security, score highly around the world.

From a business and leadership context, values are interesting in that they can guide how people and consumers make their decisions. As people interact with the world, different experiences can ‘engage’ their most closely-held values.

“If you can understand what your target audience cares about, what they spend their lives chasing, now you have an actual chance to use data to understand how to engage and influence and motivate them.”

Covering 401 metrics and 370 questions, how did all 56 values break down within the extensive Valuegraphics database on a global level?

Check out the chart here »

Across nine regions, the value of social standing stood at #17, while environmentalism came in at #36. Interestingly, both values of wealth (#38) and money (#52) ranked lower on the spectrum.

While many similarities exist across cultures, a number of fascinating differences emerge.

Take morality, for example. Across all regions, it illustrated some of the widest variance—it was the second-most important value in the Middle East, whereas it came in near the bottom in Central and South America. Another notable outlier surrounds the value of patience. The African region placed the value within its top five. By contrast, it ranked globally about mid-way (#26) through the list.

Another fascinating discovery is how both North America and the Middle East ranked the value of authority—both ranked it equally (#17), significantly higher than the global average of #30. Meanwhile, the value of tradition saw the highest ranking in Central & South America, but the lowest in Europe.

As the world becomes increasingly complex, understanding how values impact our attitudes and behaviors can help us deepen our understanding across several avenues of life. Consumer research, marketing, leadership, psychology, and many other disciplines all fall within the broad spectrum of the influence of what humans value.