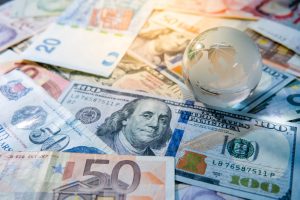 Many foreign businesses and individuals planning on setting up or investing in a U.S. partnership or multimember LLC (“U.S. partnership”) that will be engaged in an active business in the U.S., have the following questions:

Recently, it seems that these questions are being asked with increasing frequency, so I thought it a timely matter for discussion. These are broad questions and the answers could depend on the business activities of the U.S. partnership. Before we can delve into the questions and answers, however, we need to discuss certain matters.  Generally, a partnership or multi-member LLC will be taxed as a U.S. partnership under the Internal Revenue Code (“IRC”), absent a possible election to be taxed as a C corporation. Generally, C corporations are taxed as a separate entity at a rate of 21%. A partnership is not taxed at the federal level in the U.S. (e.g., under the IRC), rather the income flows through to the partners (or members in the case of an LLC) and taxed at such partner (or member) level.[1] Those partners receive a K-1, which evidences their share of the partnership income (e.g., according to the terms of the partnership agreement or operating agreement for LLCs), and those partners will file a U.S. tax return to report their share of the income from the partnership.

When one of the partners (or members) is a foreign person (e.g., a non-resident alien and/or a corporation or partnership formed under the laws of another country), then the U.S. is concerned that such partner will not file a U.S. income tax return and pay any corresponding taxes due upon the allocated income. Therefore, IRC Section 1446 imposes a withholding tax at the highest rate possible for such foreign person when the partnership is engaged in an active trade or business in the U.S. (the income from an active business is referred to as “effectively connected income” or “ECI”). Specifically, if the foreign partner is a corporation, then the withholding rate is 21% (on the partner’s share of ECI that is allocated to it from the U.S. partnership). All other foreign partners are taxed at the rate of 37% on their allocable share of the U.S. partnership’s ECI (the highest progressive rate for domestic individuals).[2]  In effect, this possibly motivates such foreign partners to file a U.S. tax return, because if the amount of tax withheld exceeds the tax liability (e.g., such as an individual who could be taxed at a lower rate), then such foreign partner may be entitled to a refund for some of such withheld tax.

Some foreign investors may be familiar with the withholding regime that applies to passive investment in the U.S. – such as where the investor receives interest, dividends, capital gain, etc.  (this type of income is referred to as “fixed, determinable, annual or periodic income” or “FDAP income” to terminal and periodic). The withholding tax in such a passive income context is governed by IRC Section 1442 for corporations and Section 1441 for individuals.  Generally, withholding on such passive income is a statutory rate of 30%, which may be reduced by a treaty to something much smaller (such as 10% or  5%) with certain countries where an investor resides. ECI arising from a partnership engaged in a U.S. business, however, does not get the benefit of reduction from any treaties, and as a result, is taxed at the highest individual or corporation as explained above (e.g., 21% or 37%).

The US partnership is required to withhold at the above rates, and typically (according to the partnership documents) such withholding either counts as a distribution to the partner or reduces distributions that would otherwise be made to a partner – e.g., the withholding has the effect of reducing a foreign partner’s investment return. Each foreign partner has additional reporting obligations under the IRC as set forth below. If the U.S. partnership fails to withhold tax under Section 1446, then it will be responsible for paying the tax and possibly interest and penalties. See YA Global Investments, LP, 151 T.C. No. 2 (/8/18) (partnership liable for failure to withhold on foreign partner’s share of ECI).

In addition, the disposition of a US partnership interest by a foreign partner could trigger a 10% withholding tax under the newly added IRC Section 1446(f). This rule was newly enacted under the Tax Cuts and Jobs Act, P. L. 115-97 (“TCJA”), and operates in conjunction with Section 864(c)(8) (also enacted under the TCJA). Section 864(c)(8) treats gain from the sale of an interest in a partnership, which is engaged in a US trade or business, as effectively connected income to the transferor partner. Then, in turn, Section 1446 (f) imposes a withholding tax equal to 10% of the amount realized on the sale, exchange or other disposition of the partnership interest, absent certain exceptions. The complexities of IRC Section 1446(f) warrant a separate article itself.

Each of the partners in a U.S. partnership, which is engaged in a trade or business, will need to do the following:

Obtaining the Taxpayer Identification Number for the Foreign Partner

Here’s a quick summary for obtaining a taxpayer identification number by each type of foreign partner:

Foreign Corporate Partner: this type of partner will need an EIN, and will need to fill out Form SS-4. The best means of getting an EIN for a foreign partner is to call the IRS (there is a special number just for foreign corporate entities). The IRS indicates that the EIN will be provided over the phone; however, in this era of the coronavirus pandemic and cutbacks there could be delays resulting from a reduced workforce. So, it is best to get the EIN as early as possible.

Foreign Individual Partner: this type of partner will need an “Individual Taxpayer Identification Number” (“ITIN”).  They will need to fill out Form W-7, which requires certain documentation to substantiate and identify such foreign individuals.  Form W-7 is then mailed to the IRS or can be submitted via an “acceptance agent” for the country in which the foreign person resides. The IRS provides a list of these acceptance agents by country.  It is recommended to use an acceptance agent to expedite the process; however, I have learned recently that the process of receiving an ITIN even through an acceptance agent is moving slowly and requires at least 2 months.

Foreign Pass-Through Entity (e.g., such as a partnership): this type of partner will follow the same procedures as a corporation above. However, note that a “look-through regime” will require each of the partners of such a foreign partnership to obtain a taxpayer identification number as if they were investing directly into a U.S. partnership. If the U.S. partnership is at the bottom of a multi-tiered partnership structure, then this process is repeated until each ultimate corporate or individual partner has obtained a taxpayer identification number.

Foreign Corporate Partner: this type of partner will need to file Form W-8BEN-E.

Foreign Individual Partner: this type of partner will need to file W-8BEN.

Foreign Pass-Through Entity (e.g., such as a partnership): this type of partner will need to file W-8IMY, and each of the owners of such pass-through entity will need to file a reporting certificate (W-8BEN, W-8BEN-E or W-8IMY) until all ultimate owners have filed either a W-8BEN-E (corporation) or W-8BEN (individual). A look-regime is also applied in collecting the required reporting certificates. The failure to follow this procedure will result in the U.S. partnership being forced to withhold taxes at the highest individual rate with respect to the foreign pass-through entity’s allocable share of income from the U.S. partnership. See Treas. Reg. §1.1446-5(f)(example 2).

Alternatives to Using a U.S. Partnership

The rules governing the reporting and taxation of foreign partners are complex, and such complexity requires a tailored analysis for each situation, for both the U.S. partnership receiving the investment and the foreign investor. Essentially the IRS will want to be able to track income to the ultimate owner of a U.S. partnership that is engaged in an active business. In the case of a pass-through entity partner or member, the “ultimate owner” is not the entity, but rather that pass-through entity’s owners, whether they be a separate taxable entity (e.g., a corporation) or an individual. Thus, taxpayer identification numbers and reporting certificates will need to be provided for each partner until all such ultimate owners have complied. Beware that taxpayer identification numbers can take months to obtain. Once IDs and certificates have been obtained and provided, then withholding at the U.S. partnership level for the foreign partner’s allocable share of income will be calculated according to the applicable rates for each ultimate owner (currently 21% for corporations and 37% for individuals). Much of this complexity can be avoided by the foreign investor investing in a U.S. partnership through a blocker corporation.

[1] Please note that although the IRC does not tax partnerships, some states and/or local municipalities may impose a form of an income tax on a partnership or LLC.[2] This is somewhat of an oversimplification – if the foreign owner is a pass-through entity such as a partnership, the ultimate ownership is traced up to either an individual or a corporation where the withhold rate is ultimately determined.