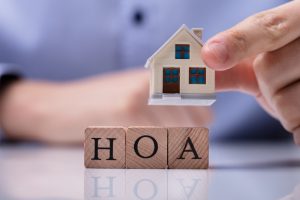 There are currently three cases pending before the Court of Appeals all asking the same question: does the North Carolina “Marketable Title Act” invalidate planned community restrictive covenants that are more than 30 years old? In 1973, the Legislature enacted Chapter 47B, which is the North Carolina Marketable Title Act. The Act’s stated purpose is:

. . .to provide that if a person claims title to real property under a chain of record title for 30 years, and no other person has filed a notice of any claim of interest in the real property during the 30-year period, then all conflicting claims based upon any title transaction prior to the 30-year period shall be extinguished.

Put in layman’s terms, the Legislature’s intent was to simplify real estate transactions by allowing title searchers and purchasers of real estate to rely on a 30-year chain of title, instead of having to take title searches back to when records of the particular parcel began.  The Act provides that if a party has an ownership interest in real estate which has a 30-year (or longer) chain of recorded documents, and nothing appears in the chain of title within that 30-year period that is contrary to the owner’s interest (including covenants that restrict use or require membership in an HOA), that owner has marketable record title to the real estate, free and clear of any restrictions (which would include HOA CCRs) that were recorded more than 30 years ago – but subject to some exceptions.

One of the exceptions to when the Act’s clearing mechanism applies is found in NCGS §47B-3(13) which provides that the Act does not extinguish:

This is the exception (and the only exception) at issue in the three appellate cases.  The North Carolina appellate courts have not yet interpreted this exception, but they soon will. The issue is whether or not this provision excepts from the Act all covenants applicable to a general scheme of development (such as a Declaration of Covenants, Conditions and Restrictions, or “CCRs”, applicable to a planned community or townhome development), or only restrictions that limit property to residential use.

For those readers who are interested, a more detailed description of the three pending cases appears at the end of this column.

What do these cases mean for HOAs, and what, if anything, should they or can they do to preserve the enforceability of their CCRs?

None of these pending appellate cases involve communities created under the North Carolina Planned Community Act (“the PCA”), and none of the cases involve subdivisions with mandatory membership in an HOA. Additionally, none of these cases address the implications of any zoning regulations.  However, the court’s eventual ruling could have a real impact on the enforceability of CCRs recorded more than 30 years ago.

It’s entirely possible that communities may not need to do anything.  There is language in the PCA that says that if other statutes conflict with the PCA, the statutes in the Act will control.  This provision (and possibly others in the Act) may insulate planned communities from the operation of 47B, but that issue is not before the court in any of these three cases, and that concept has not been tested in the courts. To the extent there remain questions about the interplay between the Marketable Title Act and the PCA, this is an area where the legislature could act to pass a law that very specifically exempts planned communities (and condominiums) from termination of their declarations under 47B – although, again, given the language of §47F-1-108, this may be unnecessary.

If your CCRs were recorded more than 30 years ago, there is basically nothing to do except wait for the Court of Appeals decisions on one or more of these cases.  If the court’s ruling is such that it renders 30-years-or-older restrictions unenforceable, there is always the chance that the Legislature will step in and amend the law to make the Marketable Title Act inapplicable to planned community CCRs.  Alternatively, if the CCRs were referenced by book and page number in deeds in the chain of title over the prior 30 years, the CCRs would still be enforceable – but only with respect to those particular lots that have the reference in the chain of title.

If your CCRs were recorded less than 30 years ago, the Marketable Title Act sets out a mechanism for preserving their enforceability even after you pass the 30-year mark. Under NCGS §47B-4, a party (including an HOA) can record a notice in the public registry in the county where the property is located within the 30-year period to prevent the restrictions from being extinguished. Additionally, if restrictions are specifically referenced by recording book and page in the one or more deeds throughout the chain of title for lots, the restrictions will be preserved, but only as to lots that have references to the CCRs in deeds recorded in the prior 30 years. It is important to note, however, that general references to “all restrictions of record” will not preserve restrictions under the Act – the CCRs have to be references specifically by the recording book and page number.

If your community falls into the less-than-30-years ago group, and you are interested in taking steps to preserve the enforceability of your CCRs, contact one of the attorneys in Offit Kurman’s Community Association Practice Group for more information.

There are currently three cases pending before the Court of Appeals in which this question is the central issue.

The first case to reach the Court of Appeals is the case of C Investments 2, LLC v. Auger, et al., which involves a small subdivision in south Charlotte. The covenants at issue in this case (which included a prohibition on subdividing lots) were recorded in 1952. The Plaintiff is a developer who believes the 1952 restrictions (except the restriction on residential use) are void under the Marketable Title Act. Last year, a Mecklenburg County Superior Court agreed with this position, and other owners in the subdivision appealed the court’s decision. This case has been fully briefed and argued before a panel of the Court of Appeals and is now awaiting a ruling.

In the second case, Williams, et al. v. Reardon, involving another subdivision in Charlotte, the Plaintiffs objected when their neighbors began construction on an addition to their home. Plaintiffs claim that there has been a violation of a side setback restriction that appears in a 1927 deed (along with several other restrictions, including a “residential use restriction”) and in none of the eight conveyances between 1927 and the defendants’ vesting deed recorded in 2017. Earlier this year, the Superior Court ruled that the 1927 deed restrictions were void for failing to appear in the chain of title for more than 30 years, and only the restriction on residential use remains as an encumbrance against the subject property. Some of the other owners in this subdivision appealed this decision, and this case is also currently pending before the Court of Appeals, and briefing has been completed. It is unknown whether or not there will be oral arguments in this case.

The third case on this issue is out of Buncombe County. The case of Postal v. Kayser, et al. involves a set of 1959 restrictive covenants. Plaintiff owns a vacant lot on which she planned to construct a home, and the neighbors objected. The restriction, in this case, is not a side setback issue (as in Williams) and is not a restriction on subdivision of lots (as in C Investments 2, LLC) but, instead, is a restriction that would have rendered the Postal lot completely unbuildable. The subdivision at issue in this case is comprised of approximately 32 lots. A trial court judge found that the restrictions were void and unenforceable under the Marketable Title Act. This case is currently in the briefing stage before the North Court of Appeals.