Is Impotence a Ground for Divorce in South Carolina? 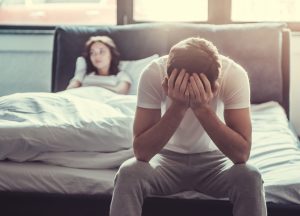 Intimacy is a main reason why couples choose to get married; the feeling of closeness is something they want to share with another person for a lifetime. So what happens when that intimacy is difficult or impossible? Studies have shown that sexual dysfunction in a relationship is a common cause of divorce, but can that dysfunction also serve as a valid legal basis for the divorce?

Impotence is generally seen as a husband’s inability to have sexual relations with his wife. However, legally, impotence can impact both spouses and is viewed the same way if the wife is unable to have relations with her husband. Exactly what qualifies as “incapable” can be confusing, as this might not be the same in every case. Sometimes this means a physical problem or a medical condition, other times it is purely psychological. In some cases, there may be nothing wrong, but a spouse simply refuses to engage in sexual relations, purposely withholding intimacy.

Is impotence grounds for divorce?

Though it may come as a surprise, impotence is a valid basis for divorce in many states. In most of those states, the rules say it doesn’t matter whether the spouse was impotent before the marriage or if the impotence occurred during the marriage. In either case, the impact is the same and the other spouse can use the impotence as a fault-based reason for the divorce. However, impotence cannot simply be alleged, it must be proven. Usually this is done through testimony or through submission of medical evidence. Some states require an even higher burden of proof, showing that the impotence is permanent or incurable.

What About South Carolina?