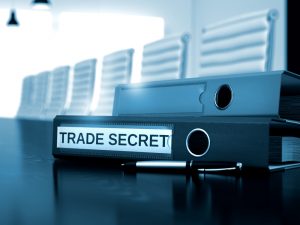 If your business model involves submitting bids for government contracts, you can take steps to protect your company’s confidential information and limit or stop your competitors from obtaining it through public records requests.

State and federal law typically prevent your competitors from obtaining the trade secrets you included in your bid.  However, it’s important to understand what is a protected “trade secret”, which varies depending on whether you’re bidding for a federal or state contract.

Federal Courts have interpreted the term “trade secret” in the Freedom of Information Act to mean “a secret, commercially valuable plan, formula, process, or device that is used for the making, preparing, compounding, or processing of trade commodities and that can be said to be the end product of either innovation or substantial effort.”  Public Citizen Health Research Group v. FDA, 704 F.2d 1280 (D.C. Cir. 1983).

Information, including a formula, pattern, compilation, a customer list, program, device, method, technique or process that:

(1) derives independent economic value, actual or potential, from not being generally known to and not being readily ascertainable by proper means by other persons who can obtain economic value from its disclosure or use; and

(2) is the subject of efforts that are reasonable under the circumstances to maintain its secrecy.

When you submit a contract bid or other documents to a Pennsylvania state or local agency that includes sensitive business information, you can include a signed statement that your submission contains a trade secret or confidential proprietary information.  That way, the agency is required by § 707(b) of the RTKL to notify you within five business days of receiving a request for your company’s sensitive information.

However, not all states allow for this procedure.  In other states, you may have to go to court and file for a temporary restraining order (“TRO”) to stop an agency from releasing information you provided with your bid.   Understanding the relevant public records law before you submit sensitive information in a bid is the best way to prevent headaches and ensure the trade secrets you have developed stay secret.

Megan Shannon is an attorney in the firm’s insurance recovery group. She represents policyholders in disputes with insurance companies involving a wide range of insurance policies.  She advises clients on the insurance coverage available to them when they suffer a loss or are named as a defendant in litigation.  Ms. Shannon helps clients present claims to their insurance company to efficiently claim all benefits.