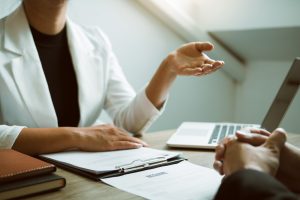 In Brackenridge Construction Company Inc. v. Lakeville DPP, LLC, in a non-precedential decision, the Pennsylvania Superior Court held that a contractor was not precluded from enforcing its mechanics’ lien where it had previously arbitrated its claims for unpaid labor.

Brackenridge entered into a master construction contract with Dollar Texas Properties XV, LLC c/o GBT Realty Corporation to construct two Dollar General Stores in Pennsylvania. The contract contained a dispute resolution clause requiring that all disputes be settled by binding arbitration. However, the dispute resolution clause specifically stated that “[n]othing in this article shall limit any rights or remedies not expressly waived by the Contractor that the Contractor may have under lien laws.” After completion of the projects, Brackenridge contended that it was still owed substantial sums for work performed on both projects, and thereafter filed mechanics’ lien claims against the properties of both projects. Brackenridge’s unpaid labor claims were submitted to arbitration as required by its contract. After completing arbitration, the arbitrator entered a final award in favor of Brackenridge in the amount of $109,188.21 plus interest.

Following the arbitration, the parties were unable to resolve issues related to payment of the arbitration award, so Brackenridge filed complaints to enforce its mechanics’ lien claims. Lakeville DPP, LLC, the owner of the properties, filed preliminary objections to the complaints, arguing that Brackenridge’s claims were barred by res judicata and collateral estoppel because the unpaid labor claims had already been litigated and decided by arbitration. Brackenridge argued that its lien claims were not submitted to arbitration and were preserved by the aforementioned contract language. The trial court sustained Lakeville’s preliminary objections and struck Brackenridge’s complaints with prejudice. Brackenridge appealed. The single issue before the Superior Court was whether collateral estoppel precludes a contractor from enforcing a mechanics’ lien claim after there was an arbitration award involving claims between the parties.

The Superior Court, in reversing the trial court’s decision, held that an arbitration award does not preclude a mechanics’ lien enforcement proceeding because the actions protect different, albeit overlapping, interests. The intent of a mechanics’ lien is to provide protection to unpaid contractors and subcontractors by giving them a lien right against the property, which is independent of available contractual remedies. The Superior Court found that a mechanics’ lien is not intended to settle the contractual obligations of the parties. As a result, a civil action is not barred by a pending action in-rem based upon a mechanics’ lien claim and similarly, a party can proceed with its mechanics’ lien claim at the same time it litigates its contractual claims, even if one of the actions has concluded. The Superior Court did, however, indicate that if the issue of the unpaid labor claim was decided in the arbitration, that could have a preclusive effect on the issue in the lien enforcement action.

For more information on filing and enforcing mechanics’ lien claims, feel free to email or call the author, Kathryn Pettit, Esquire, at kpettit@offitkurman.com or 484-531-1706. Kathryn E. Pettit, a counsel in the firm’s suburban Philadelphia office, focuses her practice on construction law. Before becoming an attorney, Ms. Pettit received her Bachelors of Science in Civil Engineering from Syracuse University. She brings her technical background and perspective to the representation of her clients.

Ms. Pettit has counseled and represented owners, construction managers, contractors, subcontractors, and design professionals in all phases of construction projects. She has experience representing clients in disputes arising from a wide array of construction projects, including both private and public. She has litigated numerous construction claims, from the owner, contractor, and design professional’s perspectives, in state and federal court, as well as arbitrations. Ms. Pettit also has extensive experience representing homeowners in suits against the builders of their properties due to building envelope defects, including stucco defects.