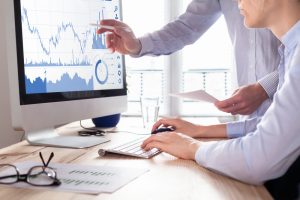 On September 15, 2020, the U.S. Treasury Department issued a final rule changing the requirements for mandatory filings with CFIUS for a national security review of certain investments by foreign investors in U.S. businesses with critical technologies.  Effective October 15, 2020, CFIUS will no longer review whether the critical technology of the U.S. company is used in one of 27 specified industries identified by their North American Industry Classification System (“NAICS”) codes (the NAICS test).  Instead, critical technology will require a CFIUS filing if the export of the technology from the U.S. to the foreign investor would require a license from the U.S. government (export control test).

In a previous article, the CFIUS filing requirements were addressed in general, including the NAICS test (learn more here »). Whether a CFIUS filing is required is an important issue that needs to be addressed when a foreign company invests in a U.S. technology company. Failure to submit a mandatory filing may result in civil penalties up to the greater of $250,000 or the value of the transaction.

The NAICS test will continue to apply to transactions for which the signing or the closing occurs on or after February 15, 2020, and before October 15, 2020.  The determination of whether the target U.S. company is engaged in “critical technologies” activities is assessed as of the date of signing a binding written agreement for the transaction.  This means that if a technology is declared “critical” by the government after signing the agreement, it is not subject to the mandatory filing requirement.  The universe of “critical technologies” will likely expand as the government continues to identify “emerging” and “foundational” technologies under the Export Control Reform Act of 2018 (ECRA).

A U.S. license or authorization may be required under one of the four major U.S. export control regimes: (i) the U.S. Department of State’s International Traffic in Arms Regulations (the “ITAR”); (ii) the U.S. Department of Commerce’s Export Administration Regulations (the “EAR”); (iii) the Department of Energy’s regulations governing assistance to certain foreign atomic-energy activities; and (iv) the Nuclear Regulatory Commission’s regulations governing the export and import of certain nuclear equipment and material. Of the export control regimes, the EAR is the one that will be most likely relevant for investments in technology companies.  The EAR controls the export and reexport of most commercial items (commodities, software, and technology), and are administered by the Bureau of Industry and Security (BIS), which is part of the U.S. Commerce Department. Only a small percentage of all U.S. export transactions require licenses from the U.S. government, including so-called dual-use items (both civil and military). To determine whether an item is subject to the EAR, one should refer to the EAR’s Commerce Control List (CCL) to see if it has an Export Control Classification Number (ECCN). If the item falls under the jurisdiction of the U.S. Department of Commerce and is not listed on the CCL, it most likely will not require an export license. Depending on the destination, end-user, or end use of the item, however, even such an item may require an export license.

Since export licenses are much more likely to be required for exports to countries subject to stricter U.S. export controls, such as China and Russia, investors from those countries will become subject to heightened CFIUS review. Under the new export control test, not only will it need to be reviewed whether the (hypothetical) export of the technology from the U.S. to the foreign investor would require a license from the U.S. government, but also to the home countries of those who hold a 25 percent direct or indirect interest in the foreign investor.