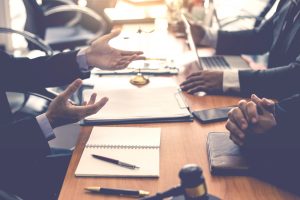 NYDFS alleged that First American Financial, one of the country’s largest providers of title insurance, failed to properly address a known security vulnerability on its website that allowed millions of documents containing consumers’ nonpublic information to be exposed.

The timing of the NYDFS’s inaugural enforcement action shows that cybersecurity remains a key priority for government agencies, even during the COVID-19 pandemic. Private litigants are increasingly prosecuting cybersecurity claims, too. While we await the results of the NYDFS’s hearing, three key lessons can be learned:

Involve outside counsel when sensitive cybersecurity issues arise. The NYDFS’s charges detail First American’s employees’ internal confusion and disagreements about how to address the vulnerability. Outside counsel can coordinate a response and minimize the chance that employees will arrive at conflicting conclusions about a security vulnerability. Outside counsel can establish a privileged channel for communications, which will reduce the likelihood of unflattering documents relating to a data incident becoming evidence in a legal proceeding. Organizations should retain competent cybersecurity counsel before cybersecurity issues arise.

Second, use outside cybersecurity experts. Under the direction of outside counsel, cybersecurity experts should be brought in to provide a detached, objective assessment of sensitive technical issues. These experts will lessen the possibility that an organization’s employees will have disputes on how to respond to a cybersecurity issue. From the perspective of employees, these disputes can destroy morale. From the perspective of government agencies and litigation adversaries, these disputes can often be looked at maliciously, compounding the problem brought on by a cybersecurity failure.