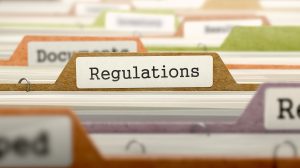 Under Section 1061(c)(1), the interest has to be transferred or held in connection with substantial performance of services by the taxpayer, or any other related person, in any applicable trade or business (“ATB”). Furthermore, the partnership interest may be either transferred to or held by a taxpayer. In addition, a taxpayer may have received or held the partnership interest directly or indirectly. This article reviews key concepts in the Proposed Regulations affecting fund investors, sponsors and executives in the private equity space. Treasury and the IRS responded in the Proposed Regulations to certain concerns in the private equity community, addressed to an extent in public comments submitted pursuant to IRS Notice 2018-18, 2018-18 I.R.B. 443 (“Notice 2018-18”).

A taxpayer may be subject to income tax consequences under Section 1061(a) with respect to an API whether the taxpayer receives or holds the API directly or indirectly, in some cases, through one or more Passthrough Entities, another defined term in the Proposed Regulations. Taking this rule into account, the person who is required to recognize a gain or loss on the Recharacterization Amount for federal income tax purposes is the “Owner Taxpayer”, and such recognized gains or losses are “API Gains and Losses” under the Proposed Regulations. API Gains and Losses exclude amounts calculated outside the holding period rules in Section 1222. API gains and losses not realized yet by a taxpayer, including partnership allocations through a tiered structure, on the other hand, are termed “Unrealized API Gains and Losses” in the Proposed Regulations.

Section 1061(c)(2) defines an ATB generally as any activity conducted on a regular, continuous, and substantial basis which consists, in whole or in part, of raising or returning capital, and either investing in (or disposing of) specified assets (or identifying specified assets for such investing or disposition), or developing specified assets. Section 1061(c)(3) defines a specified asset generally as securities in Section 475(c)(2), commodities in Section 475(e)(2), real estate held for rental or investment, cash or cash equivalents, options or derivative contracts with respect to any such assets, and an interest in a partnership to the extent of the partnership’s proportionate interest in any such asset.

The preamble provides the Proposed Regulations generally track the statutory definition of “Specified Assets”. Thus, the Proposed Regulations do not carve out an exception for cash or cash equivalents, which may result in broader applicability by including interests in partnerships that actively identify, invest in or dispose of only cash or cash equivalents.

Proposed Regulations “track” the statutory language in the Section 1061(c)(1) exemption for partnership interests held by a person employed by another entity that conducts a trade or business other than an ATB, and who provides services only to such other entity. Proposed Regulations add an exception for a partnership interest, generally acquired by an unrelated purchaser, who does not provide services, in an arm’s-length transaction. But Proposed Regulations reserve on Section 1061(b) statutory authority for an exception to Section 1061(a) for income or gain attributable to any asset not held for portfolio investment on behalf of third party investors.

Section 1061(d) provides that, upon a direct or indirect transfer of an API to a person related to the taxpayer, the taxpayer includes in gross income as STCG the LTCG with respect to the API for the tax year, which would be attributable to the sale or exchange of a capital asset held for less than three years, and which would be allocable to the API, less any LTCG with respect to the API already converted to STCG under Section 1061(a). Section 318 attribution rules apply for identifying a related person with respect to the taxpayer under Section 1061(d). Proposed Regulations clarify that only family members of a taxpayer, colleagues of a taxpayer who were service providers in the ATB during certain time periods and a Passthrough Entity to the extent of ownership by a family member or colleague of the taxpayer may be a related person. Proposed Regulations also clarify that gain recognition is required under Section 1061(d)(1), even if the transfer of the API otherwise would not be a taxable event. Under Proposed Regulations, a transfer includes transactions, such as contributions, distributions, sales and exchanges, and gifts.

Section 706 requires generally taking into account in computing the taxable income of a partner for a tax year the distributive share of separately stated partnership items for any tax year of the partnership ending within or with the tax year of the partner. Under Proposed Regulations, Section 706 applies to an API in a partnership with a fiscal year ending after December 31, 2017. Thus, a partnership with a fiscal year that ends after December 31, 2017 may have sold an API prior to December 31, 2017. Section 1061 would apply in determining the distributive share of LTCG or LTCL of an individual Owner Taxpayer with respect to the API in calendar year 2018.  For any questions or assistance regarding the applicability of Proposed Regulations, please contact the Firm.