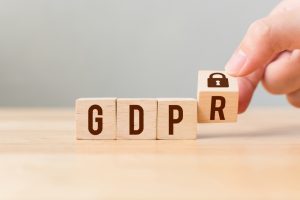 Every United States business that uses personal data of European data subjects would do well to revisit immediately its strategy for complying with European privacy law.

On July 16, 2020, the Court of Justice of the European Union (“CJEU”) issued its decision in Data Protection Commission vs. Facebook Ireland, Max Schrems (Case C‑311/18) (“Schrems II”), invalidating one of the primary legal grounds for importing European data into the United States and leaving the viability of the other two primary methods in some doubt. Here’s what happened and what I think U.S. businesses should consider doing about it.

Pre-Shrems II Basis for Transfer of Personal Data to the U.S.

Europe’s General Data Protection Regulation (the “GDPR”) is one of several laws, charters, conventions, directives, and regulations that protect the privacy of European data subjects. In Europe, privacy is considered a fundamental human right. In general, Chapter V of the GDPR only allows transfers of European personal data outside the European Union (“EU”) to countries determined by the European Commission (the “Commission”) to provide adequate legal protection “to ensure that the level of protection of natural persons guaranteed by . . . [GDPR] is not undermined.” GDPR Article 44.

Before Schrems II, one or more of three mechanisms approved by the Commission were usually used by U.S. businesses to meet the requirements of Article V (under appropriate circumstances):

If the third country (e.g. the United States) has laws that make it impossible to fulfill the privacy protection promises made in the BCR, then BCR cannot be used as a basis for transfer of EU personal data to the United States.

Background to the Schrems II Decision

Schrems II represents the second difficult judicial round in the Commission’s efforts to construct a viable adequacy determination that would allow the transfer of EU personal data to the United States. The United States’ comparatively weak protections of personal data privacy and U.S. government surveillance programs make this a challenge. So has the determined opposition of EU data subject Maximillian Schrems (“Schrems”). Schrems has complained twice that the Commission’s adequacy determinations concerning transfers of personal data to the U.S. violate European privacy law. The CJEU has agreed with Schrems both times.

Both of the Schrems complaints were made initially to the Data Protection Commissioner for Ireland (the “DPC”) about the transfer of Schrems’ Facebook data from Facebook Ireland Limited to Facebook, Inc. in the United States.

In Schrems I,[4] Facebook had transferred personal data in reliance on the Commission’s 15-year-old “Safe Harbour Decision,” [5] in which the Commission had determined that U.S. privacy protections under the U.S. Department of Commerce’s “Safe Harbour” program—the predecessor to the current Privacy Shield program—were adequate for the purpose of allowing EU personal data to be transferred to the U.S. Following the disclosure in June 2013 by former U.S. National Security Agency contractor Edward Snowden of U.S. surveillance activities, Schrems complained to the DPC that his Facebook data transferred to the U.S. would be exposed to these surveillance activities, which could not be legitimized by the Safe Harbour Decision.  Although the DPC refused to investigate, the Irish High Court and the CJEU essentially agreed with Schrems, resulting in the CJEU’s invalidation of the Commission’s Safe Harbour Decision. Front and center in the CJEU’s Schrems I decision were concerns that U.S. government surveillance activities endangered the privacy rights of EU data subjects whose data were transferred to the United States.

After Schrems I, several important events occurred in fairly quick succession, which contribute to my belief that SCC and BCR are not far behind the Privacy Shield in being rendered useless to U.S. businesses (although still technically valid under European law):

The arguments of Maximillian Schrems, and the findings of the DPC and the Irish High Court, are at least implicitly founded on their convictions that the dangers posed by U.S. surveillance activity are pervasive and cannot be adequately mitigated to conform to EU privacy standards in the current U.S. legal environment. Not by Privacy Shield, nor by SCC, nor by BCR. For example, in her draft decision in Schrems II, the DPC said:[6]

It is also my view that the safeguards purportedly constituted by the standard contract clauses set out in the Annexes to the SCC Decisions do not address the CJEU’s objections concerning the absence of an effective remedy compatible with the requirements of Article 47 of the Charter, as outlined in Schrems. Nor could they. On their terms, the standard contract clauses in question do no more than establish a right in contract, in favour of data subjects, to a remedy against either or both of the data exporter and importer. Importantly for current purposes, there is no question but that the SCC Decisions are not binding on any US government agency or other US public body; nor do they purport to be so binding. It follows that they make no provision whatsoever for a right in favour of data subjects to access an effective remedy in the event that their data is (or may be) the subject of interference by a US public authority, whether acting on national security grounds, or otherwise.

It is not obvious how supplemental measures by the data controller and the data processor could cure these problems.

Similarly, in referring the case to the CJEU, Justice Costello of the High Court Commercial of Ireland said:[7]

[I]t is arguable that the limitations on the exercise of the right to an effective remedy before an independent tribunal, as required by Article 47, for EU citizens whose data privacy rights are infringed by the intelligence agencies are not proportionate or necessary or needed to protect the rights and freedoms of others. Neither the introduction of the Privacy Shield Ombudsperson mechanism nor the provisions of Article 4 of the SCC decisions eliminate the well-founded concerns raised by the DPC in relation to the adequacy of the protection afforded to EU data subjects whose personal data is wrongfully interfered with by the intelligence services of the United States once their personal data has been transferred for processing to the United States.

U.S. federal statutory reform may be required to address these concerns satisfactorily.

Following are the CJEU holdings in Schrems II and some of the implications of the holdings:

Implications: Under the GDPR, businesses that relied on the Privacy Shield Decision as the legal basis for transfer of EU personal data into the United States must either stop the transfers immediately or find another lawful basis for the transfer. If transfer continues or resumes after suspension, the data controller may have to notify the applicable supervisory authority of the continued transfer. The supervisory authority might conduct an audit to determine whether the proposed transfer should be suspended or prohibited in order to ensure an adequate level of protection.[9]

The decision affirms the obligations of the controller and processor to address the problem. Under Article 46(1) of the GDPR, controllers and processors must “compensate for the lack of data protection in a third country” in order to “ensure compliance with data protection requirements and the rights of the data subjects appropriate to processing within the Union.”[12] The level of protection must take into account not only the SCC but also “the relevant aspects of the legal system of the third country” set out in a non-exhaustive manner in Article 25(2) of the GDPR.[13] “Controllers and processors should be encouraged to provide additional safeguards via contractual commitments that supplement standard protection clauses.”[14] Whether the supplemental protections will be sufficient to provide the level of protection required by EU law must be assessed on a case-by-case basis.[15]

Implications: When it comes to proving adequate protections under GDPR, controllers and processors who transfer EU personal data to the United States face a difficult problem, because they cannot change U.S. surveillance laws or practices that could compromise the rights of EU data subjects to privacy protections. In light of the DPC’s past statements, it is not obvious what supplemental measures could be taken by controllers and processors that would convince the DPC that EU personal data transfers to the United States comply with the GDPR.

Implications: The Irish DPC and other competent supervisory authorities in the EU likely have reasonable grounds to suspend or prohibit transfers of personal data from the EU to the United States, if the transfers are justified based solely on the Privacy Shield Decision, or if they are based on SCC without supplemental measures that address the DPC’s concerns. On July 28, 2020, the German Data Protection Conference issued a written statement that all data transfers based on the EU-U.S. Privacy Shield Decision must stop. Although BCR were not addressed in the Schrems II decision, there is no persuasive reason why the systemic dangers that were referenced in invalidating the Privacy Shield Decision, and that challenge the usefulness of the SCC Decision, will not also make the BCR of little value in justifying transfers of EU personal data to the U.S.

While each U.S. business that is required to comply with the GDPR has a unique set of circumstances and considerations, I suggest these potential action items for discussion:

Schrems II has badly shaken the ground that supports GDPR compliance by U.S. businesses. This would be a good time for U.S. businesses to take stock of the damage and to attempt to reinforce the structure of their European privacy law compliance strategy.

[2] At the time the Commission was concerned about the privacy implications of U.S. government interference with the rights of EU data subjects through U.S. surveillance of European personal data under Section 702 of the U.S. Foreign Intelligence Surveillance Act (“FISA”), Presidential Policy Directive 28 (“PPD-28”), and Presidential Executive Order 12333. It resolved these concerns in part by allowing a U.S. “Privacy Shield Ombudsperson” to serve as an intermediary and conduit for EU privacy complaints and by accepting certain assurances from the U.S. government concerning its processing of EU personal data.

[3] The decision was issued before the effective date of the GDPR. It continued in force under the GDPR until Schrems II. The EU privacy law that controlled at the time the decision was originally issued was Directive 95/46/EC of the European Parliament and of the Council of 24 October 1995 (the “Directive).

[4] Judgment of the Court of Justice of the European Union dated October 6, 2015, Data Protection Commission vs. Facebook Ireland, Max Schrems (Case C‑362/14)(“Schrems I”). 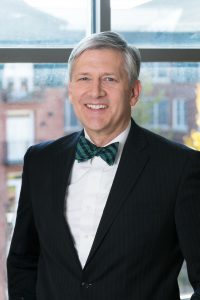 Mr. Greber has extensive legal experience in business, privacy and data protection, intellectual property, and estate planning law. He particularly thrives in engagements that make good use of his ability to cut through complexity by providing clear explanations of options and valuable advice about the merits of each choice. His mission is to be an accessible advisor, an excellent listener, a practical strategist, an effective teacher, and an efficient implementer.