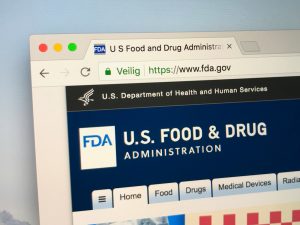 The de novo process employed by FDA’s Center for Devices and Radiological Health (CDRH) is a less frequently used mechanism for the clearance of medical devices. The de novo process employs a risk-based strategy for evaluating applications. It is used for new, novel devices that lack previous classification. These would ordinarily be Class III devices, but under de novo classification could be Class I or Class II devices.

In essence, when a de novo submission is granted a new device establishes new “device type” along with classification, regulation, necessary controls and product code. The device is then eligible to serve as a predicate for new medical devices, where appropriate.

The de novo process was introduced in 1997. In its initial form, a sponsor would present a 510(k) premarket submission to FDA. FDA would then issue a final 510(k) decision that the product was not substantially equivalent because it had no predicate. At that point, the sponsor would submit a de novo request. FDA would decide whether to classify the product as a Class I or II device. The time frame for review was set at 120 days.

The Food and Drug Administration Safety and Innovation Act (FDASIA) was enacted in 2012. FDASIA allowed for an alternative pathway that does not require submission of a 510(k) prior to a de novo request. The timeframe for review is still set at 120 days. The law was promulgated in August 2014 through a Draft Guidance Document. It calls for, among other things, a pre-submission meeting, which will be discussed later in this article. More important, the Draft Guidance modifies the submission process. A new pathway called direct de novo has been added. This means that no 510(k) is required for a de novo process; the sponsor can present to FDA a direct de novo submission. This is useful if the sponsor believes that the device is a viable de novo candidate. FDA has shown a willingness to provide feedback on this question.

The revised system works as follows. For those who wish to use the former method, a 510(k) submission would be presented.  FDA would then decide whether or not a predicate device exists. It may also conclude that an existing predicate device does not have the same intended use and technological characteristics as the new device. FDA could make a non-binding suggestion that the device may be a candidate for the de novo process, based on its risk-benefit profile. The sponsor would then submit a de novo application referencing the prior 510(k) submission. It would present any additional evidence to demonstrate the safety and effectiveness of the new device. Additionally, the sponsor would be asked to address any differences or evidence gaps between the 510(k) device and the de novo device, if any.

At this point, the sponsor would present the de novo submission. It should include a characterization of any risks to health associated with the use of the new device, as well as a mitigation plan. It would also include an explanation as to why the device does not fit into an existing classification. In the event a Class II designation is proposed, a proposal for special controls for mitigating risk would be required. FDA would then review the application, and would approve or deny it, or ask for additional information.

The newer process is most appropriate when a sponsor believes that there is no suitable predicate, or when FDA recommends the newer pathway. It is also appropriate if the sponsor believes that the product is a Class I or Class II device, per the de novo process. The sponsor would then submit the de novo application with evidence of safety and efficacy.  Most of this information is consistent with that required in a traditional 510(k) submission. This includes a description of the device, labeling and performance testing results, whether through bench, animal or clinical trials. The sponsor would then submit the de novo application, with essentially the same information as that required in the first de novo pathway. The FDA review process is also the same.

A welcome feature of the revised de novo process is the pre-submission program.  This process is useful for devices with no regulatory history. After the device design and intended use are established, and data gathered on safety and efficacy, FDA allows sponsors to meet with FDA reviewers to address their questions and seek insight. What is especially beneficial is the open line to the review team that is established after the pre-submission meeting. That alone is worth its weight in gold to sponsors, especially because it helps keep them from going down time and money-wasting blind alleys.

Once de novo status is granted, the product can be legally marketed, subject to post-market requirements such as general and special controls. The product can now serve as a predicate for future similar devices. FDA will publish an order announcing the new classification and the appropriate controls, as well as a decision summary that is publicly available.

There are several ways to enhance the chances for the success of your de novo submission. First among these is to do your homework before applying in order to ensure that your device is in fact eligible for de novo classification. Among the things you should do is make sure that your device isn’t already classified. This is especially important when seeking direct de novo classification.

Second, be very specific in describing the device and its intended use. This will determine whether or not there exists a predicate to which it can be compared.

Third, complete all of your performance testing to make a decision by FDA as easy as possible. This can include bench, in vivo, in vitro or animal testing where appropriate. While not always required, it is likely that FDA will want clinical testing. Each application requires a level of testing sufficient to characterize risks, benefits, safety, and efficacy, as well as the appropriateness of any general controls.

Fourth, ensure that the data support your intended use. If the intent is to use the product for multiple patient populations, either provide evidence for all groups or be prepared to explain why not.

Fifth, each risk must be correlated to health with a mitigation plan. You should take into account similarities in risk mitigation for similar devices. One way to do this is by reviewing the special controls assigned to other approved de novo devices. Risks to health should be accompanied by at least one mitigation proposal.

Sixth, do not assume that because the device is low-risk that this alone is sufficient to achieve de novo status. You still must characterize any risks to health and provide proposed controls to manage those risks.

The de novo pathway where applicable is an excellent way to get your device to market. We have used it successfully and believe it is an excellent alternative to the traditional 510(k) and PMA routes if your product is novel.

Contact us to discuss ways in which we can help you get your device approved.