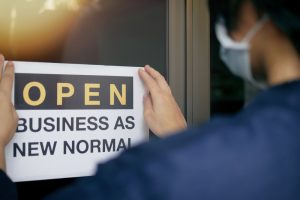 Through Executive Order, states across the country mandated that it is not enough for a business to simply say that it cares about public health. Companies are compelled to adapt and implement policies that actually advance public health.

The movement that is taking place after the death of George Floyd calls on businesses to employ the above three practices to cultivate a safe and just workplace. It follows that employers must:

The agencies on the federal and state level, statutory schemes, and case law have always mandated business to have non-discriminatory work environments. However today more than ever, Companies are compelled to implement policies that not only promote safe and compliant workplaces but advance safety, compliance, and socially just workplaces.

Policies Based Solely on Federal Law Expose Employers to Liability

It is a mistake for a company to base its internal policies and procedures solely on federal law. In fact, policies that are only compliant with the federal law may expose the company to liability on the state and local level. The assumption that if a certain characteristic, trait, or class is not protected under federal law, then it cannot be protected at all. That is not true. States and localities have the authority to pass laws and guidance that expand on the protected classes outlined in the federal law, Title VII (sex, race, color, national origin, religion).

This blog highlights what employers must consider when drafting and implementing company policies. As explained below, companies must keep their thumbs on the pulse of the localities in which they are located. Employers must ensure their policies are compliant with the federal, state, and local laws.

In order to demonstrate the added state protections that companies must be aware of, this blog will focus on the state laws of Pennsylvania. Before delving into the Pennsylvania law, let’s first look at what is protected under Federal Law. Employers should consult with counsel on the particulars relating to each protected class. This blog does not touch on any laws relating to discrimination based on age or disability.

COVERED EMPLOYER: Title VII applies to companies with 15 or more employees. As explained below, just because an employer has less than 15 employees does not mean that they do not have to abide by the state laws where there are employees working.

PROTECTED CLASSES: It shall be an unlawful employment practice to refuse to hire, discharge, harass, or retaliate against an individual on the basis of the person’s:

The Pennsylvania Human Relations Act (“PHRA”) applies to covered employers in the Commonwealth of Pennsylvania. Again, in addition to the federal protections, the PHRA protects the following:

COVERED EMPLOYERS: Any employer with 4 or more employees within Pennsylvania.

The Commission issued a Guidance that expands the definition of sex to include: (1) sex assigned at birth, (2) sexual orientation, (3) gender identity, (4) gender expression, (5) gender transition, (6) transgender identity. While this Guidance is not law, the Commission explicitly stated that the Guidance, “indicates the manner in which the Commission intends to exercise its administrative discretion in accepting complaints, conducting investigations, and adjudicating cases, unless it is convinced otherwise during the course of a specific proceeding…” Covered employers are on notice that the Commission will hear and adjudicate claims based on the expanded definition of sex.

State claims bring high stakes and exposure to companies. Section 955(e) of the PHRA explains situations where individuals can be held liable. Even more, unlike federal law, state law claims have no statutory caps for punitive damages.

In addition to the protections afforded on the state level, employers must also be aware of the local ordinance of the various locations where they are located.

Pittsburgh goes even further than the state Guidance. Section 659.02 of the City Ordinances expressly states that it is an unlawful employment practice for any employer (no matter the size) to discriminate against an individual because of, “race, color, religion, ancestry, national origin, place of birth, pregnancy, childbirth, or related medical conditions and events, sex, sexual orientation, gender identify, gender expression…”

Sexual Orientation is defined as a person’s identified or perceived engagement in, or desire for, sexual, physical, or romantic relationships with a person or persons of a particular sex, gender, gender identity, or gender expression.

Sex is defined as, a person’s identified or perceived biological traits as they relate to that person’s reproductive system, secondary sex characteristics, or genetic composition including physical anatomy, chromosomal sex, or sex assigned at birth.

Gender Identity is defined as a person’s actual or perceived identity as it relates to gender spectra.

Gender Expression under the Ordinance is a person’s actual or perceived expression of gender identity through appearance, dress, behavior, mannerisms, or other traits.

Philadelphia also goes beyond state and federal law. The Philadelphia Fair Practices Ordinance mirrors the Pittsburgh Ordinance in that it shall be an unlawful employment practice to, “deny or interfere with the employment opportunities of an individual based upon [their] race, ethnicity, color, sex (including pregnancy, childbirth, or related medical condition), sexual orientation, gender identity, religion, national origin, ancestry…marital status” The ordinance includes the following definitions:

Gender Identity is an individual’s internal sense of gender, or one’s gender as perceived by others, that may or may not align with one’s physical anatomy, chromosomal sex, or sex assigned at birth. Examples include, but are not limited to, man, woman, non-binary, genderfluid, and gender.

All companies, but especially those with locations in Pittsburgh and/or Philadelphia must ensure that their policies are in accordance with the Ordinances. Prudent employers should consult with counsel regarding a Gender Transition policy, updating dress-code policies and EEO language, along with training sessions relating to the updated policies and procedures of the company.

In addition to Pittsburgh and Philadelphia, as of December 2019, there were 58 municipalities in the Commonwealth that expanded their Ordinances to prohibit discrimination based on sexual orientation and/or gender identity. Prudent employers must be aware of the ordinances where they have a business presence. Some employees in the Commonwealth are protected on at least three levels.

The CROWN Act is a law that bans discrimination based on hairstyle. This law prohibits employers from taking adverse employment action against individuals because of their hairstyle- such employment practices almost exclusively affect African-American employees, mostly women. At the state level, the Crown Act is the law in Washington, California, Colorado, New Jersey, Virginia, D.C., New York, and Maryland. At the federal level, in December of 2019, the House of Representatives introduced a bill called the Crown Act of 2019.

This past March, Philadelphia Councilwoman Cherelle Parker introduced a bill that would ban discrimination based on hairstyle. The Philadelphia Commission on Human Relations assisted in drafting the legislation. With the support of the Commission, this bill will likely pass.

Companies must dust-off their employee handbooks and revise their dress-code/appearance policies to ensure that they are compliant with the law of their state, city, and county.

It is best practice to review policies and procedures annually to ensure compliance with the laws at every level. Multi-jurisdictional companies must employ the above analysis for every state where they operate. During COVID, Companies have had to stay up to date on Orders that change seemingly every single day. Employers must exercise the same vigor and attention to the laws relating to discrimination.

Engaging in a public relations campaign about social justice without internal policies to back it up, is akin to a company with a PR campaign to “Flatten the Curve,” while hiding the hand sanitizer from employees.