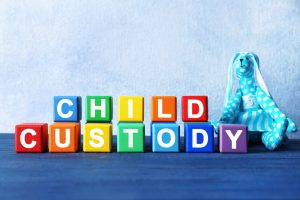 The Supreme Court’s recent decision in Bostock v. Clayton County, 2020 U.S. Lexis 3252 (June 15, 2020) is yet another indicator of the seismic shift that has taken place over the last few decades in how courts approach sexual orientation and gender identity.  In Bostock, the U.S. Supreme Court found that Title VII prohibits employment decisions from being made on the basis of sexual orientation or gender identity, under Title VII’s prohibition of discrimination based on sex.  In Obergefell v. Hodges, 135 S. Ct. 2584 (2015), a decision issued only five years ago, the U.S. Supreme Court ruled that the Due Process Clause and Equal Protection Clauses of the Fourteenth Amendment provided same-sex couples with a fundamental right to marry.  While Justice Gorsuch states in his opinion in Bostock that he is interpreting the plain text of Title VII rather than enlarging its meaning based on changing societal norms, a review of the Obergefell case and other cases across the nation in family law cases demonstrates that courts have changed their approach to decisions involving issues of sexual orientation and gender identity due to changing public sentiment on these issues.  In the past fifty years, a person’s sexual orientation or gender identity has gone from being treated as a mental disorder, to a choice, and finally to an immutable trait that is often the cause of discrimination.  In Obergefell, the Court said that it recognized that “new insights and societal understandings can reveal unjustified inequality within the United States’ most fundamental institutions that once passed unnoticed and unchallenged.”  135 S. Ct. 2604.

As with most social issues, family law cases are where the “rubber meets the road.”  In other words, while legal scholars may debate the potential policy or societal benefits or harms of a particular approach to an issue, individual families deal with these issues on a very personal level.  For example, the Don’t Ask Don’t Tell policy enforced for years by the U.S. Military meant that a homosexual service member could not adopt a child with a same-sex loved one, which could later prevent the service member from having any custody rights for the child if the romantic relationship fell apart.  A spouse who had the courage to reveal that he or she was gay faced not just the loss of a marriage but a potential loss of custody due solely to the spouse’s sexual orientation.  Thankfully, the change in societal norms and resulting change in law means that parties in family law cases today will not face the same tragic choices.

Custody decisions are particularly susceptible to personal judgments because the court’s guiding focus is “the best interest of the child,” which can mean very different things, depending on who is making the decision.  Every judge or magistrate comes to the bench with his or her own lens through which they view a case, tempered by personal background and beliefs, education, and experience.  A single judge or magistrate has a great deal of discretion in determining what is in a child’s best interest.  This is especially true in Maryland, where there is no statute that defines “best interest” or provides factors that the court should consider when deciding what is in a child’s best interest.  Case law has filled in the gaps, with factors that include the age, sex, and health of the child, the environment in which the child will be reared, and the fitness of the person to have custody of the child.”  Boswell v. Boswell, 352 Md. 204, 222, 721 A.2d 662, 670 (Md. 1998).

Changing societal norms result in different decisions in custody cases.  For instance, Maryland used to recognize a maternal preference, meaning that the Court presumed that it was in the children’s best interest to reside primarily with the mother.  As another example, Maryland courts historically presumed that an adulterous parent was unfit to have custody of a child.  See 352 Md. 224, 721 A.2d at 671.  Maryland courts also denied custody to a divorced parent who was engaged in a non-marital relationship with a new romantic partner, solely because the parties had not married.  See Queen v. Queen, 308 Md. 574, 521 A.2d 320 (Md. 1987).

In Boswell v. Boswell, 352 Md. 204, 721 A.2d 662 (Md. 1998), the Court reversed the trial court’s visitation restrictions for the father because there was no basis for the trial court to conclude that the father’s homosexual relationship was harmful to the children.  Interestingly, the Boswell trial court had imposed restrictions on visitation even though the mother did not request such restrictions, and the guardian ad litem did not recommend them.  A social worker appointed by the court had even testified that, although both children were struggling with their father’s homosexual relationship, “any kind of a relationship, heterosexual or homosexual, is going to be confusing and impact the children.”  352 Md. at 215, 721 A.2d at 667.  Nevertheless, the trial court made a decision based on the parent’s homosexuality, not the impact of it on the child.

The Boswell appellate Court recognized the fundamental right of a parent “to the care and custody of his or her child.”  352 Md. at 217, 721 A.2d at 668.  The Court also recognized a presumption that the “child’s best interests are served by reasonable maximum exposure to both parents.”  352 Md. at 225, 721 A.2d at 672.  The Court found that the primary consideration “is not the sexual lifestyle or conduct of the parent, but whether the child will suffer harm from the behavior of the parent.”  352 Md. at 228, 721 A.2d at 674.  The Court further explained: “We make no distinctions as to the sexual preference of the non-custodial parent whose visitation is being challenged.  The only reference that a parent’s sexual conduct or lifestyle has in the context of a visitation proceeding of this type is where that conduct or lifestyle is clearly shown to be detrimental to the children’s emotional or physical well-being.”  352 Md. at 237, 721 A.2d at 678.

While Boswell and North do not allow the Court to use a parent’s sexual orientation or gender identity to deny custody, the language of those decisions still reflects a sense that the homosexual parent is making a choice or choosing a lifestyle.  This sentiment continued in decisions issued by Maryland Courts in the early 2000’s.  In Conaway v. Deane, 401 Md. 219, 932 A.2d 571 (Md. 2007), the Maryland Court of Appeals rejected a challenge to a Maryland statute that restricted marriage to marriage between a man and a woman.  The Court found that the statute “did not abridge the fundamental right to marriage” and “did not discriminate on the basis of sex in violation of the Md. Const. Decl. of Rights art. 46 or the Maryland Equal Rights Amendment.”  The Court found that same-sex marriage “was not so deeply rooted in Maryland or the country as a whole that it was a fundamental right protected by Md. Const. Decl. Rights art. 24, in light of Maryland’s history of limiting marriage to those unions between members of the opposite sex.”  401 Md. 201, 932 A.2d 571.  The Court refused to find that there was an “absence of some generally accepted scientific conclusion identifying homosexuality as an immutable characteristic.”

The Conaway decision is consistent with caselaw from other states at the time.  For example, in In Re Marriage of Magnuson, 170 P.3d 65 (Wash., Div. 3 2007), the Court of Appeals of Washington upheld the grant of primary residential placement of the parties’ children to the mother where the father revealed himself to be transgender and the parents divorced.  The Court stated that the transgender parent had a “right to be happy in her chosen life ahead,” but granted primary custody to the mother because the children needed environmental and parental stability.”

Ten years later, however, the Supreme Court of Washington in In Re Marriage of Black, 392 P.3d 1041 (Wash. 2017), found that the Court could not award custody to the father over the mother who revealed herself as homosexual, which was in contrast to the parties’ conservative religious family upbringing and contrary to what the parties had taught their children because he was better suited to maintain the children’s religious upbringing and was a more stable parent.  The appellate court referenced the trial court’s repeated referral to the mother’s sexual orientation as a lifestyle choice, which the appellate court states was “contrary to our current understanding of sexual orientation,” citing the Obergefell from the U.S. Supreme Court.

Similarly, Maryland law evolved in the years following the Conaway decision.  In Port v. Cowan, 426 Md. 435, 44 A.3d 970 (2012), the Maryland Court of Appeals reviewed the refusal of a trial court to recognize a same-sex marriage performed in California, which had state laws allowing for same-sex marriages.  By the time the Port decision was issued, the Maryland legislature had enacted legislation allowing same-sex marriages to be performed within the State of Maryland, but it did not become effective until January 1, 2013.  The Port Court relied on the doctrine of comity, which requires courts to recognize legal marriages from other states, so long as the marriage was not repugnant under Maryland public policy.  The Court noted the numerous statutes enacted by the Maryland legislature and governmental policies protecting same-sex couples or prohibiting discrimination based on sexual orientation.  Ultimately, the Court found that, although Maryland did not allow same-sex marriage at the time, courts must recognize valid same-sex marriage entered into in other states.  Only a year later, same-sex partners could legally marry in Maryland, further cementing the right of a parent to have custody of a child regardless of sexual orientation or gender identity.