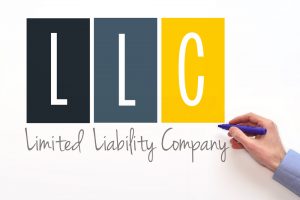 What is a Series Limited Liability Company (“Series LLC”)? In short, it is an LLC composed of a “parent” LLC and one or more subsidiary LLCs, each called a “series.”  It is the legal entity solution to the need of many business and investment enterprises to separate business activities economically, for tax purposes and to insulate one business activity from exposure to liabilities of another, all within one legal entity. This trifecta has been finessed imperfectly in the past by some lawyers employing existing LLC statutes and by others who were early adopters of the Series LLC pioneered by such states as Delaware in 1996 and several Midwestern states, adopting diverse enabling statutes. Have Series LLCs finally arrived as a popular business entity of choice? The purpose of this and follow-on articles is to provide a brief explanation of how Series LLCs work, how they differ in essential respects,  and to address the challenges still to be met.

The Series LLC enables the single parent LLC to operate multiple businesses with the ability to partition assets and liabilities among separate owners in its various series to achieve the primary purposes of (1) essentially subdividing the LLC into separate series as entities between or among which liability shields can exist to protect the parent Series LLC and each series and their respective members and managers from exposure to liability from the others, and (2) to minimize legal, accounting, and recording fees that might otherwise accrue when creating separate single-member LLCs underneath an LLC. Each series may conduct separate operations or investment objectives with separate assets,  members, and managers. The profits, losses, and liabilities of each series are legally separate from the other series, and the rights and obligations of members may vary by agreement within each series. Recognized as entities separate from their members and from each other, the parent Series LLC, each series, and the members and managers are shielded from each other’s legal liability.

Thus, the Series LLC provides a parent-subsidiary structure similar to a holding company and its subsidiaries without the cost and complexity of creating and managing multiple corporations or LLCs. This structure simplifies organization and governance of businesses with multiple operations and related assets where multiple owners have different interests in the business or in different operations of the business and wish to protect each from liabilities of the other. Such may be desirable in real estate development, home building, professional businesses, manufacturing, distribution; investment companies, or franchise businesses and other private businesses where it is desirable to maintain overall ownership, administration and management at one level but separate economics, tax obligations, and liabilities among different owners or investors.

Limited liability companies have been with us since 1977, first adopted in Wyoming, and followed by Florida in 1982, providing a legal entity with insulation from liability of the business for owners similar to corporations but treated like partnerships for income tax purposes. IRS’s promulgation of Rev. Rul. 88-76 in 1988 opened the gate by ruling that Wyoming LLCs would be taxed as partnerships based on a four-factor test of which limited liability was only one of the factors. With the addition of the “check the box” regulations, by the IRS, in 1996, all 50 states then had LLC enabling statutes.  After working on a uniform LLC statute for years to provide for uniformity in the organization and operation of LLCs, the National Conference of Commissioners on Uniform State Laws (“NCCUSL”) finally produced the Uniform Limited Liability Company Act, but it was too late.  Amended twice, most recently in 2006, only nine states have adopted the uniform LLC Act (although some other states have incorporated some substantive provisions in their statutes). Despite the lack of structural and legal uniformity from state to state, LLCs quickly became the most popular form of business entity in the U.S.

The next benchmark in evolution of LLCs was NCCUSL’s promulgation of the Uniform Series Protected Series Act in 2017 (the “Uniform Act”).  By then the IRS had issued Proposed Series LLC Regulations in September 2010 (Reg-119921-09) confirming entity status for Series LLCs and thirteen states, D.C. and Puerto Rico had adopted Series LLC statutes.  Eighteen states plus the District of Columbia and Puerto Rico have now adopted Series LLC statutes, including the Commonwealth of Virginia, adopted in 2019 and effective July 1, 2020. Four states, including Virginia, have adopted and another has introduced Series LLC enabling statutes based on the Uniform Act.

The next two chapters in this discussion of Series LLCs will address similarities and differences under state laws and some of the principal challenges. The final chapter will discuss the new Virginia Protected Series LLC statute which takes effect at the end of this month.

C. Thomas (“Tom”) Hicks III has more than 35 years business law practice experience in Northern Virginia. Mr. Hicks represents business clients in all their legal needs, working with the management team as outside general counsel, and otherwise coordinating the company’s general legal needs. Mr. Hicks assists the organizers with choice of business entity and organization, initial and private equity financing and debt financing. He advises the management team regarding corporate governance, executive employment and compensation matters, contract matters, business acquisitions, equity and asset sales and merger, and business breakups and dissolutions of business entities, among other legal areas.  He also advises business executives and companies regarding stock and other equity benefit plans, and wealth planning and asset protection.  Mr. Hicks has advised commercial real estate developers in all legal aspects of their business.