Know your options for paying or seeking child support in South Carolina. 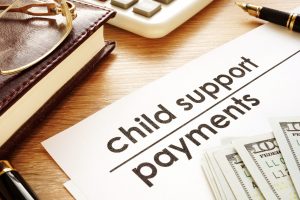 Child support is money paid by a non-custodial parent to a custodial parent to assist in the support of minor children. In South Carolina, the amount is calculated pursuant to the Child Support Guidelines, which take into account each parent’s gross monthly income (or earning capacity), cost of health insurance on the child, work-related child care expenses, and other relevant factors.

In determining a South Carolina child support obligation, the first factor to be considered is the gross incomes of both parents. In determining each party’s gross income, the court will consider whether either parent is willfully employed or underemployed – in other words, whether either parent is capable of earning more money than they currently do.

South Carolina Family Court judges have the ability to impute income to a party based on what he or she could earn if using his or her best efforts to find employment. Courts have determined that an award of alimony or child support in such cases is proper, even if it exhausts the unemployed spouse’s actual income.

What factors generally are considered in the calculation of child support?

As with all cases in the Family Court, every case can vary depending on its particular facts, however generally speaking, the following factors will be used to calculate child support within in the Guidelines:

Using these factors the Guidelines calculator will show a proportional share of income due from each parent. If the non-custodial parent is to pay his/her child support through the court, then any court or administrative fees (which are currently 5%) will be added to the final payment amount.

There are many cases where the child support order deviates from these Guidelines. Deviations are typically within the discretion of the Court and/or included in an Agreement presented to the Court for approval.

When can a parent ask the Court to modify an existing amount of child support?

In order to modify any issues pertaining to the child (including child support, custody, visitation, etc.), the person requesting the change must first prove that there has been a significant or substantial change of circumstances since the parties were last before the Court. If such a change can be proved, the Court will use the Child Support Guidelines to determine the current, correct amount for child support. The same factors discussed above will be used to determine the modified amount of child support. It does not matter whether an increase or decrease is being sought, as the same factors and numbers are used either way. Also, the fact that all payments have been made in a timely manner will not prevent a future modification.