Hope is not a financial plan.[i] 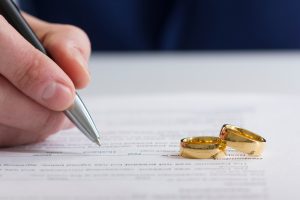 The COVID-19 pandemic and the lifestyle slowdown that has come with it has provided many married couples the opportunity to reassess their marriages. For some, the crisis has made their bond stronger. For others, prolonged separation and/or prolonged closeness has revealed considerable cracks in their relationship.

If you and your spouse fall into this category, with the forced quarantine leading you to the realization that your marriage may be ending, divorce, in and of itself, is not the only option.  The better choice, rather than the immediate finality of divorce, is the creation of a document known as a Postnuptial Agreement. In its simplest terms, a Postnuptial Agreement is a contract signed by the couple at any time after their marriage which resolves all or at least a portion of the financial issues between them.

Why have a Postnuptial Agreement?

With a Postnuptial Agreement the couple can eliminate expensive and acrimonious divorce battles. The spouses, through counsel, contractually delineate their monetary future, and if the marriage succeeds until a death, a postnuptial can prevent inheritance disputes between a person’s surviving spouse and his/her heirs.

What Can be Included in a Postnuptial Agreement?

Creating a Postnuptial Agreement requires the couple to agree on terms relating to the issues faced in their marriage. Provisions commonly included address: marital debts, credit card debt, or mortgage loans;  property and asset division; spousal support amounts (if any) and the length of those payments; family budgets/spending habits; and the manner in which assets will be handled should one spouse pass away (estate planning)[iii].

Other, more unique provisions address: the manner in which the couple would respond to a sudden, dramatic change in their financial situation; transfers of separate property into marital property, and vice versa; protecting retirement assets in the event of divorce, which could lead to a decrease in retirement funds; non-disclosure and privacy provisions, limits on the personal and marital information either spouse may share with third parties; and even, limits to what is shared or discussed on social media.

Children and issues concerning the Children, such as custody, visitation, or child support will need to be resolved at the time of the divorce action, either through a settlement agreement or court involvement. Child-related issues cannot be resolved by way of a Postnuptial Agreement, and even if the Postnuptial Agreement contain clauses relating to such, they will not be enforceable.

How Can I Assure That My Postnuptial Agreement Is Valid?

The validity of a Postnuptial Agreement does not require or mandate an eventual divorce.

However, if the decision has been made that a Postnuptial Agreement is the right choice, then proper steps must be taken to ensure its validity. Primary among these steps is the full and fair disclosure of the entirety of each of the spouses separate assets, debts, and income and all of the marital assets, debts and income.  Complete disclosure is imperative for enforceability. If one spouse is dishonest and the agreement is designed around information that is either false, inaccurate or incomplete, the Postnuptial Agreement will be considered invalid.

[i] Many financial commentators and writers take credit for this quote.

[ii] Assuming all other requirements of a valid agreement are met.

[iii] A Postnuptial Agreement will not take the place of a will, but they can work together, dovetail, to ensure the decedent’s wishes are carried out.