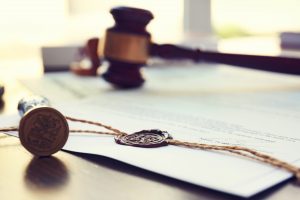 The Virginia state legislature convened on April 22, 2020, to consider various bills, two of which impact landlords in the Commonwealth. Both bills, which aim to protect tenants during the COVID-19 public health crisis and beyond, were enacted and became law effective immediately. Landlords in Virginia should immediately familiarize themselves with these new laws, which are explained below, and take the necessary steps to ensure compliance with the laws.

The new law summarized: Effective immediately, late fees charged to residential tenants in Virginia are capped at 10% of the periodic rent or 10% of the balance due, whichever is less.

The background: House Bill 1420 amending Virginia Code § 55.1-1204 (E) to provide for a 10% cap on late fees had already passed in the legislature’s general session earlier this year; however, initially it was not to take effect until July 1, 2020. Due to the public health crisis and resulting economic crisis, Governor Northam recommended to the legislature that the bill take effect immediately. The legislature approved the Governor’s recommendation, and the law went into effect on April 22, 2020. This law does not apply retroactively, so any late fees charged to the rental account prior to April 22nd can remain on the account as long as the amount complies with the lease terms. However, any late fees applied on or after April 22, 2020 must comply with the new law summarized above.

The CARES Act: Don’t forget, if your property is covered under the federal CARES Act, then you cannot charge any late fees to tenants during the moratorium period, which is currently set to end on July 25th.

The new law summarized: Effective immediately, tenants who can show their pay has been affected by the COVID-19 pandemic will be entitled to a 60-day continuance of any nonpayment of rent unlawful detainer case filed against the tenant during the current period and until 90 days after the end of the state of emergency. Currently, Governor Northam has declared a state of emergency through June 10, 2020, so at this time this portion of the law will expire after September 8, 2020; however, the state of emergency can always be extended. In order to receive the 60-day continuance, tenants will need to show proof that their pay has been impacted, and forms of acceptable proof include a paystub showing no pay for a pay period during the state of emergency, a furlough notification letter or a letter indicating the employee is nonessential due to the emergency, or any other documentation deemed appropriate by the court.

The background: House Bill 340 enacting Virginia Code § 44-209 had already passed in the legislature’s general session earlier this year. The bill initially addressed government workers who are impacted by a federal government shutdown and provides such workers a 60-day continuance of an unlawful detainer filed against them by their landlord. This part of the law will remain in effect and will not expire when the COVID-19-related portion of the law addressed above expires. The new portion, discussed above, was added to the bill at the Governor’s recommendation in light of the ongoing public health emergency and related economic hardship suffered by a large number of tenants. With the related judicial emergency in Virginia preventing the courts from hearing unlawful detainer cases until at least May 18th, courts are already very backlogged on cases that were filed and pending prior to the COVID-19 emergency. Once courts start hearing cases again, landlords should anticipate that many cases they file will be covered under this law resulting in a 60-day continuance of the cases.

The CARES Act: Don’t forget, if your property is covered under the federal CARES Act, then you cannot file nonpayment of rent cases during the moratorium period, which is currently set to end on July 25th.

Unfortunately, these new laws will create a further burden on landlords throughout Virginia. We recommend consulting a lawyer regarding these new laws, how they impact you, and what obligations these new laws impose upon you as a landlord in Virginia. Our office is here to answer any of your questions and guide you through this uncertain, difficult time.

Crystal Kramer’s practice is focused on the representation of landlords and property managers of residential and commercial real estate in Virginia. This representation includes Fair Housing disputes and all litigation associated with lease disputes, including breach of lease, unlawful detainer actions, and tenant’s assertion actions. She also provides broader legal advice to her clients on their compliance with various laws, drafts company policies and procedures, reviews and drafts lease agreements, negotiates and drafts settlement agreements, among other general counsel-type tasks.