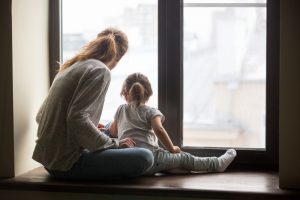 The Need for Parenting Plans.  Maryland is one of only 13 states lacking a statute listing the factors to be considered when Judges decide custody and visitation cases.  Maryland decisions are based upon case law, which makes litigation very difficult for self-represented individuals.  And until recently, Maryland was one of only 8 states that did not require parents to file “parenting plans” during litigation.  This article presents an overview of the new Rules of Procedure that went into effect on January 1 and require all parties in custody and visitation cases to submit “Parenting Plans’ to the Court during the litigation process.

The Maryland Legislature established a special 20-member Commission on Child Custody Decision-Making in 2013 to study our state’s laws and procedures for making custody and visitation decisions.  The Commission, chaired by Judge Cindy Callahan of Montgomery County and on which I served, conducted public hearings throughout Maryland. The two most prevalent complaints were that citizens had no statutory guidance as to what factors the court would consider in making custody decisions and that the litigants were often not informed as to WHY the Judge had denied them custody of their child.

The Report of the Commission was filed with the Maryland Legislature in December 2014. It recommended specific legislative and judicial actions that would result in better, faster and more “child-focused” decisions in contested custody cases.  Although the legislature has not yet enacted legislation to spell out “factors” upon which to base custody decisions (and upon which the litigants can focus their cases), the Maryland Court of Appeals has enacted new Rules of Procedure (9-204 et. seq.), effective on January 1, 2020, to improve the court process and decision-making bases in custody and visitation cases.

The Commission attempted to address the citizens’ concerning by asking the Court of Appeals to adopt Rules of Procedure which would assist the litigants by requiring them to submit “child focused” Parenting Plans focusing on the needs of their children.  The parenting plans submitted prior to trial will allow Judges to focus on the specific parenting “disputes” presented by the parties and to more easily explain their decisions at the end of each case.

Impact on Settlement Procedures.  Maryland Rule of Procedure 9-204 (which is modeled after Rule 9-207 concerning divisions of marital property) requires the litigants to each complete a “Parenting Plan Tool” (Form CC-DR-109, available on the Maryland Judiciary Website) on which they present their detailed positions relating to the schedule and decision-making process that they believe will be in their child’s best interests.  The parties then, either privately, in mediation, or with the help of their attorneys, compare their worksheets to see how closely they compare in assessing the needs of each child.  If further negotiations can resolve all their differences, they will put the resulting mutual terms of agreement on a fresh copy of the “Parenting Plan Tool” (Form CC-DR-109) which is then submitted to the court as their “Parenting Plan”.  The court will then exercise its oversight function by reviewing the plan and determining if the plan is in the children’s best interest.

Impact on Litigation.  If the parents are unable to reach agreement on all parenting decisions (Weekly schedules, holidays, vacations, decision-making on education, religion, medical care, etc.), they must then complete the “Joint Statement of the Parties (Form CC-DR-110) which will educate the Judge as to which issues are resolved and which must be litigated.  The parties will then present their cases to the court by presenting evidence supporting their position on each disputed item.

The overriding goal is to allow the parents to discuss and agree on as much as they can – since they are the “experts” concerning their child. But when they are unable to agree, they will have produced a “roadmap” on which each may rely in presenting their cases to the Court.

The “Maryland Parenting Plan Instructions” (Form CC-DRIN-109) lists child development concepts and parenting skills which most Judges will find helpful in deciding custody and visitation disputes. Caselaw factors are not easily known to self-represented litigants – so until now they have been sent into the Courtroom without any idea as to what evidence they should present to support their cases.  By reading the Instructions and completing the Parenting Plan Tool, each self-represented litigant (as well as seasoned lawyers) will be able to present a case which shows the Judge the degree to which each parent’s plan meets the child’s needs.  By comparing each party’s proposed plan and accepting the portions on which the parties agree, the true focus of the case – and of the Judge’s decision – will be on the disputed items, all of which are clearly visible on the “Joint Statement of the Parties”.

Although this will be a work in progress with a learning curve for everyone, this new approach should result in significant improvements in custody litigation. It will bring about “cleaner”, more focused trials, serious parental thinking concerning the needs of their children, and will provide each Judge with a template on which they may rely in analyzing the case and in explaining how they reached their decisions. 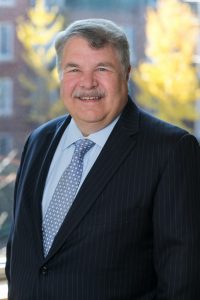 Keith Schiszik focuses his practice on complex family law matters involving separation, divorce and child custody. When possible he negotiates out-of-court settlements through mediation, collaborative processes or settlement conference. When a fair settlement can not be reached, he is no stranger to taking issues to the courtroom.