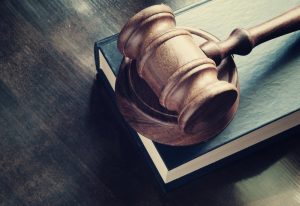 “Go for the jugular.” “Show no mercy!” “Revenge is a dish best served cold.” Face it, divorce often doesn’t bring out the best in people…and this need for vengeance can cloud a client’s point of view when it comes time to hire an attorney. No client wants a wallflower representing them and there is nothing wrong with an aggressive attorney to work on your behalf. But if you hire a rabid out of control pit bill as your lawyer, someone who tells you they’re out for blood at any cost from the get-go, well that could come back to bite you on the you-know-where.

So is there a middle ground where your attorney is “in it to win it” but not to the point where events could spiral out of control to your detriment? Yes, and the first big step is to not make an emotional decision on representation.

Often clients come into an initial meeting so riled up, they let their anger get the best of them and some attorneys will seize on this to snag a client, feeding into what a client wants to hear. Instead, try to be rational. Understand that the merits of your case are based on facts and not emotions when you go in front of a judge or mediator. Make sure your attorney wants to take a deep dive into the facts of your case and that’s their sole focus in representing you. Have them come up with an aggressive way to get you a fair but also realistic settlement based on the facts of your case, not what you “feel” you’re entitled to.  Also don’t be afraid to discuss your budget and the firm’s costs upfront, so that their strategy works within the confines of what you can afford to pay. And never buy these four words: “don’t worry about it.”

Also be wary of an overly aggressive attorney who boasts about wasting the court’s time and the other side’s money in order to get you the biggest and best settlement possible. If they say they’ll “bully” your spouse’s lawyer into submission, think carefully about that as well. Your spouse most likely will have a lawyer who won’t back down to intimidation and this face-off of egos could lead to lengthy delays in the process, costing you valuable time and a considerable amount of money.

Once the process begins, stay in communication with your attorney and make sure that you never feel marginalized. You do need to let your attorney do their job, however, that doesn’t mean it’s okay to feel like you’re being left in the dark or that they’re involved in tactics you don’t approve of. The last thing you want is to be a party to an attorney who gets held in contempt of court because you had no idea of what they were doing “on your behalf.”

And if you ever feel your attorney is only paying you lip service on any issue, it may be time to kiss them goodbye at any point in the process, because from beginning to end this should always be about working together. The stakes are just too high for you not to be involved and to make sure your hard-working attorney is a good reflection on who you are.

Experienced Offit-Kurman family attorneys Sandra Brooks (a member of The American Academy of Matrimonial Lawyers) and Cheryl Hepfer (listed in Best Lawyers in America) will be upfront with you at the beginning and beside you at the middle and at the end of your case. With constant communication, you can feel certain Sandra and Cheryl will never put your case in jeopardy or put their needs in front of yours.