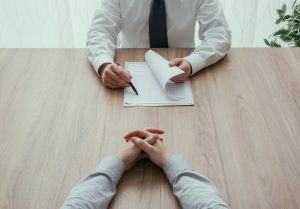 As Published in Law360

Employee poaching and joint employment have been hot topics among franchisors and franchisees in the last few years. A related topic that has gained increasing traction is employee noncompete clauses. So where are we today on these issues?

Antitrust regulators, not labor regulators, are the ones who have focused on this issue. The result is that many franchisors have removed or are now removing these provisions from their franchise agreements.

Franchise agreement provisions restricting franchisees from hiring the franchisor’s employees are now viewed as vertical restraints on competition, judged by the rule of reason. The requirement that franchisees not hire employees of other franchisees in the same franchise system may be viewed as a horizontal restraint, in which case the provision would be per se illegal. The bottom line: Franchisors should consider removing these provisions from their franchise agreements if they haven’t already done so.

The attorney general of Washington state has actively and successfully sought to end the use of no poach clauses in franchise chains. In order to avoid a lawsuit, more than 150 companies with franchised locations in Washington have signed assurances of discontinuance with the state agreeing to remove no-poach provisions from their future franchise agreements and to endeavor to remove them from existing franchise agreements, both within the state and nationally.

An early discussion of the no-poaching issue appeared in the October 2016 “Antitrust Guidance for Human Resources Professionals” issued by the U.S. Department of Justice Antitrust Division and the Federal Trade Commission. That publication indicated that:
[g]oing forward, the DOJ intends to proceed criminally against naked wage-fixing or no-poaching agreements. … [T]he DOJ may, in the exercise of its discretion, bring criminal, felony charges against the culpable participants in the agreement, including both individuals and companies.

A September 2017 article in The New York Times explored no-poaching provisions in the U.S. fast food industry. In that same month, professors Alan Krueger and Orley Ashenfelter of Princeton University published a study on anti-poaching provisions in franchising concluding that these clauses limit worker job mobility and depress wages.

At the same time, franchisees value their independence and generally do not want franchisors meddling with their day-to-day employment decisions. Today it appears that these dangers are no longer a serious threat.

The Wage and Hour Division of the U.S. Department of Labor published a new rule on Jan. 16, that clarified the definition of joint employment for purposes of the Fair Labor Standards Act. The FLSA requires covered employers to pay their employees at least the federal minimum hourly wage.

The rule, which becomes effective March 16, lays out a four-factor balancing test to assess whether two companies are joint employers. These factors are whether the possible employer “(1) hires or fires the employee; (2) supervises and controls the employee’s work schedule or conditions of employment to a substantial degree; (3) determines the employee’s rate and method of payment; and (4) maintains the employee’s employment records.”

The DOL wrote: “No single factor is dispositive in determining joint employer status, and the appropriate weight to give each factor will vary depending on the circumstances.” But most franchisors do not engage in any of these practices.

Another federal agency, the National Labor Relations Board, protects employees’ rights to organize to improve their wages and working conditions. The NLRB just enacted a new rule that establishes the standard for determining whether joint employment exists under the National Labor relations Act. Under the rule, which will go into effect April 27, joint employment would exist:

only if the two employers share or codetermine the employees’ essential terms and conditions of employment, which are exclusively defined as wages, benefits, hours of work, hiring, discharge, discipline, supervision, and direction.

This is a role that vanishingly few franchisors play. In the same vein, the NLRB recently settled a joint employment case against McDonald’s Corp. that the franchise industry had been watching with great interest.

Another employment issue that has gained increasing traction is noncompete clauses in franchise agreements. These clauses often prohibit even hourly workers from competing with the franchisor’s business. Noncompetes fall squarely within the meaning of anti-competitive behavior, again within the scope of antitrust law.

A noncompete provision in an employment agreement is enforceable in New York and many other states only to the extent that it is necessary to protect the employer’s legitimate interests, does not impose an undue hardship on the employee, does not harm the public, and is reasonable in time period and geographic scope.

California takes this one step further. Except where the noncompete is necessary to protect a trade secret, an employee noncompete clause will generally be void in California.

Last fall, the Washington Attorney General’s Office entered into a consent decree with the coffee chain Mercurys Coffee Co. in which that company waived its right to enforce all existing noncompete agreements except those with the company’s officers. The company also agreed for a period of five years not to include a noncompete provision in any employment agreements for employees earning less than $100,000 a year.

The Attorney General’s Office stated that the company’s noncompete agreement “suppresses competition for workers — including competition for better compensation, benefits, or working conditions — and constitutes an unfair method of competition” in violation of Washington law.

The Federal Trade Commission hosted a workshop on noncompete clauses on Jan. 9.] In his prepared remarks, FTC Commissioner Noah Joshua Phillips bemoaned the decrease in labor mobility in the U.S. in recent decades. Some of that loss of mobility, he said, may be related to worker noncompete restrictions, leading some to push for FTC rulemaking to address noncompetes.

In her remarks at that workshop, FTC Commissioner Rebecca Kelly Slaughter stated that the FTC is exploring the need to impose federal rules protecting workers from overly restrictive noncompete provisions. She said that “ensuring competitive labor markets is a key ingredient of the recipe for improving economic justice for workers.”