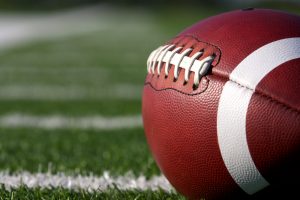 Legendary football coach Vince Lombardi once said, “Winning isn’t everything…it’s the only thing.” Well when it pertained to his beloved Green Bay Packers, this hall-of-famer might’ve been right. However, when it comes to divorce, what’s more important is “how you play the game.” Getting what you want out of a divorce comes down to not trying to pulverize your opponent (ex-spouse) on every play or argue with the referees (judge/mediator) on every call. It’s about playing smart and managing expectations. Here are some “coaching tips” that should prove helpful.

Never expect a complete victory. Divorce law is set up to prevent a final score where there’s a winner and a loser. But yet that’s often easier said than done. That’s because you still feel entitled to everything, considering what your spouse has put you through. You’re 100% certain nobody could ever be so cruel, as much of a deadbeat, as unloving as a potted plant… Well, I can pretty much guarantee you, your judge has heard it all before in hundreds, if not thousands, of other cases. So don’t take it personally when the judge doesn’t admonish your spouse in front of you, or share in your heartache. That’s not their role. You need to realize that divorce cases are first and foremost, fact-intensive. They’re about conflict resolution not about your personal revenge. The court’s there to get you and your spouse separated, your assets allocated, debts squared away and your future support put in place. Most likely your court will go for a 50/50 split as often as possible with both you and your spouse left on equal footing at the end. And if you have children, the court will determine how custody is going to work…in your kids’ best interest and not yours.

And while emotional support is crucial for you throughout the process, as Dionne Warwick sang so beautifully, “That’s what friends are for.”

Then there’s the notion that you know what you should be awarded because you know of a case where a friend of a friend got everything he or she desired. Well, all cases are different, all lawyers and judges are different in how they present and interpret the law and each partner brings their own backstory to the proceedings.  So while on the surface your case may look similar, appearances can be very deceiving.
Also never expect a quick and easy resolution. Vince Lombardi knew a football game was won in the trenches, and usually in the fourth quarter. Very few divorces are cut and dry. There’s usually a lot of material for your attorney to get through and plenty of details you couldn’t have anticipated. Perhaps you and your spouse did “talk things out” but once a settlement proposal is drawn up, these issues look very different when they’re in black and white and in a legal document. And know that while you may have a “due date” when you want your divorce to be final, you’ll need to be flexible. Nearly every jurisdiction in the U.S. has a different waiting period, from thirty days to six months and beyond if children are involved. Divorce isn’t about control as much as it is about compromise.

So while starting divorce proceedings can feel like you’re suddenly on an unfamiliar and scary playing field, speaking to a family attorney, like Sandy and Cheryl, will make it feel like your end zone is in sight and not twenty miles away in the distance.