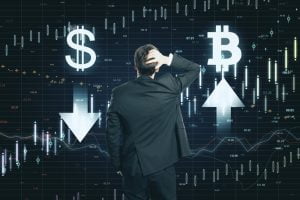 I frequently have people tell me that “Bitcoin is based on nothing! It’s not backed by anything! Its value is made out of thin air!”

All currencies are based on faith. If tomorrow everyone on earth decides that the U.S. Dollar is worthless, then it will be so. If no-one believes that the money in your pocket is worth something, then it is worthless. This is not just true for currencies, but also for art, justice, virtually any value judgment. Morality, sanity, normality are all majority concepts. If we all agree – police, prosecutors and judges included – that theft is neither immoral nor illegal, then no-one will be prosecuted for it regardless of what the laws say.[2]

In other words, if enough people believe that Bitcoin has value, such as vendors and the IRS, then so it does.

Of course, the U.S. Dollar is based on other things, such as the fact that the government only accepts dollars as taxes. It is also backed by the world’s largest military. And it is backed by the belief that the people at the Federal Reserve are smart enough to prevent runaway Zimbabwe/Venezuela style inflation that will destroy all of its value. But governments are made of people and as stated above, if they stop believing that the laws that give the U.S. Dollar force, then it will be so.

Aside from faith by its users, what is Bitcoin backed by? In a word, certainty. Bitcoin – unlike any other currency – provides certainty for the individual. It allows for absolute certainty of ownership. Unless you disclose or forget your password, no-one can take your Bitcoins from you. They cannot be stolen, no government can nationalize it, no law enforcement can garnish it, no bank can go bankrupt with it. It is yours wherever you are, whoever you are, whether you cross a border or stay at home.

Bitcoin also provides certainty as to the future. No-one can predict the rate of inflation for the U.S. Dollar. What will it be in five or ten years? Unknown. The rate of inflation of Bitcoin – the amount by which the available Bitcoins grow over time through mining – is mathematically set in stone until the year 2140.

So, what backs the value of Bitcoin? Nothing other than the same faith that backs the U.S. Dollar… and much more.

[1] I sometimes like to imagine life as a baby boomer.

I imagine going to a land grant state university that gets massive research funding from the government for almost no tuition. I’d be able to afford it with a part-time job and graduate with zero debt. Then I’d get a high-paying job in manufacturing as the industrial world still rebuilds but before the developing world develops. I would put my money in a savings account that actually generates interest and get a mortgage from heavily-regulated lenders (regulations which were put in place by the Greatest Generation to prevent a new Depression). I’ll pay taxes that actually pay for services, get a house and kids.

Then I’ll decide that I’m sick of paying taxes for some reason and vote for Reagan and an administration that eliminates the finance regulations designed to prevent depression (and the inequality of the Gilded Age). I’d probably find that colleges are turning out too many smug liberals, vote for representatives and governors who promise to cut their funding. I’d probably find that I’m sick of smug academics and TV personalities telling me that everyone is equal; I’ll call my representative and ask them to repeal the Fairness Doctrine.

I won’t like that UN-loving Ted Turner and his CNN anymore. Instead, I’ll turn on this new thing called Fox News from Roger Ailes, the Nixon political hack who helped build the Republicans’ Southern Strategy and helped Lee Atwater make the Willie Horton ad.

At the same time, I’ll make an absurd amount of money off the Clinton economy while calling Clinton the worst president ever. I’ll celebrate the repeal of Glass-Steagall and the final vestiges of the protections my parents and grandparents’ generations set up to prevent another depression. I’ll respond to news stories about skyrocketing college costs with a smug diatribe about how I worked my way through your $500/year college and how young people are just lazy. I’ll then blame NAFTA for the fact that Europe and Japan rebuilt after WWII, sapping US manufacturing jobs, while the former USSR joins the world economy, as does China and to some extent India. I’ll completely ignore the fact that the world manufacturing base is now gigantic, and America has competition it never had. I’ll also ignore robots, which means rich countries need a fraction of the number of humans to run the same size factory as before. I’ll probably blame it on immigrants. I’ll make money off the tech bubble in 2001 while Gen X loses its first savings account. That’ll be a laugh.

I’d vote for George W. Bush because he promises to give the federal surplus (yes, there was a surplus) to me instead of paying down the national debt. Inequality then reaches the 1890s levels but who cares? Greed is good if you’re a boomer. I’ll definitely support the war in Iraq after protesting Vietnam because I’m not going this time and who cares about the next generation. For some reason – probably related to that Fox News thing – I’ll decide the financial crash of 2008 happened because things are too regulated and will incoherently argue that the center-left Democrat Barack Obama (I always say his middle name), who wants to accomplish an agenda the Democrats have pushed for 70 years, is a radical.

I’ll cheer on Mitch McConnell as he prevents the government from doing anything, and call Obama a dictator for trying to work around Mitch McConnell. Then I’ll read about how whites will be a minority in 2040 and talk about how Trump is “our last chance” to “take back America.” I’ll insist to my kids, who are crippled by student debt and a dismal housing and employment market, but whom I chastise for not having a home or children yet, that they just don’t understand how money or the world works, and insist that it is their generation that’s entitled and selfish rather than the boomer generation.

[2] You might be a Kantian believer in objective morality and that things and actions have objective value. This may be true or not, but when it comes to currencies such as Bitcoin and Dollars, the only important thing is whether others will accept them in exchange for goods and services.