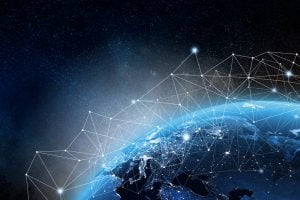 In my practice as a corporate lawyer in New York, I represent many European and other foreign companies and entrepreneurs who are doing business in the U.S. If you are a foreign company and want to expand your business to the U.S., or an advisor to such a company, you will need to consider several important legal issues. Some of those issues include questions like should I form a separate legal entity in the U.S.? If so, what should the legal form of the U.S. entity be? Where in the U.S. should the legal entity be incorporated? Do I need to appoint U.S. managers to run the U.S. entity? What types of taxes will I need to deal with? How can I protect my intellectual property? What do I need to consider when hiring employees or consultants in the U.S.? Do I need general terms and conditions which are different from the ones I use for my foreign company? What can I do to minimize the risk of litigation in the U.S.?  What issues should  I consider when entering into a joint venture or buying a company in the U.S.? In this article, I will address the question of whether you should form a U.S. entity.

Setting up a separate U.S. legal entity could reduce your foreign company’s exposure to lawsuits in the U.S. and income and sales tax liabilities. The U.S. entity could be owned by your foreign company so that it is a 100% subsidiary of your foreign company. Your foreign parent company (“FC”) is generally not liable for the obligations of the U.S. subsidiary (“USC”). Under certain circumstances, however, a creditor of USC may try to “pierce the corporate veil” and hold FC liable for the obligations of USC. The creditor will need to prove that: (i) FC completely dominated and controlled USC disregarding its separate identity, and (ii) an injustice or other wrong to the plaintiff-creditor will likely result if the corporate veil is not pierced. Courts look at many factors, none of which alone is sufficient to pierce the corporate veil, including,  but not limited to: (i) USC’s corporate formalities are disregarded by  FC, (ii) USC is inadequately capitalized, (iii) USC shares offices, employees, bank accounts, and telephone numbers with FC, (iv) the FC uses USC’ property as its own; (v) the agreements and other arrangements (such as sharing administrative services, employees, or insurance coverage) between FC and USC are not arm’s-length transactions; or (vi) USC makes undocumented “loans” to the FC or extends credit to the FC on other than market terms. FC could also be held liable in the U.S. for product liability if it is a manufacturer or distributor of a product which caused personal injury to a consumer in the U.S.

Doing business in the U.S. as a USC also offers an advantage from a marketing perspective.  Having a U.S. presence in the form of a legal entity shows commitment to the US market and accessibility. US customers (whether businesses or consumers) usually prefer to deal with a vendor in the U.S. instead of an overseas company.

If you are a foreign business owner or entrepreneur and want to expand your business to the U.S., you should consider forming a U.S. legal entity. If you have any questions or would like to discuss any of these issues, please contact me at 212-545-1900 or mbloemsma@offitkurman.com.