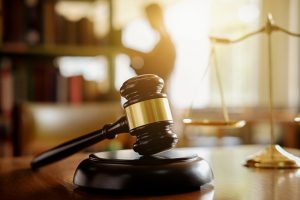 Despite the broad spectrum of constitutional interpretation among its justices, the United States Supreme Court appeared to be united – and leaning towards upholding a Ninth Circuit decision – on December 4th as it heard oral argument in the case of Intel v. Sulyma. The case has been widely anticipated as it addresses a cardinal issue in The Employee Retirement Income Security Act (ERISA) fiduciary cases: When does a participant have “actual knowledge” sufficient to begin the running of the statute of limitations?

Under ERISA §413(1), a participant may sue the plan sponsor under ERISA for breach of fiduciary duty within six years of the breach, but where the participant has “actual knowledge,” that period is reduced to three years under §413(2). In Sulyma, Intel had increased its employee retirement plan investment allocation to the traditionally riskier private equity and hedge fund areas. This allocation was disclosed on the participant website, to which Sulyma had access and logged into during that time. Intel argued that such access and logging in actually did provide the participant with actual knowledge, thereby triggering the three-year statute of limitations rather than the six-year deadline. The district court agreed with Intel, but the Ninth Circuit overturned the ruling. The case was taken up by the Supreme Court in part due to an opposing opinion by the Sixth Circuit.

An early reading of the justices’ line of questioning indicates that employers should be prepared to take additional steps to ensure that a participant logging into their online retirement account actually reads the disclosures. Chief Justice Roberts, along with Justices Ginsburg, Breyer, Sotomayor, and Kavanaugh all presented Intel with the quandary at different points that “these are ordinary workers across the country. They don’t read everything.” In particular, Justice Ginsburg and Chief Justice Roberts admitted to not necessarily reading disclosures that come to them. This marks an important guidepost for ERISA-watchers that the Supreme Court holds deference to protecting the average plan participant.

However, while it appears that the Supreme Court is broadly supportive in siding with workers and the Ninth Circuit on this point, the effort to clarify and better define a plan sponsor’s responsibility for fiduciary disclosures may be stalled in the Court’s recognition of the impracticability of determining what constitutes “actual knowledge.” Justice Ginsburg said that a participant could just say that they didn’t read the disclosure, despite being readily available to them, and Justice Alito observed that the very question of whether a participant had actual knowledge seems to inherently preclude the ability to ever prevail on a motion for summary judgment.

Further complicating the initial victory for the working class are the potentially chaotic consequences in dispensing with the “actual knowledge” requirement when certifying a class action in an ERISA case. In the last ten years, nearly 80,000 ERISA cases have been filed in federal courts and undertaking a determination in potential class actions of who had actual knowledge and whether a potential class member falls within the six-year or three-year statute of limitations is unreasonably cumbersome. It would require a case-by-case factual analysis that undermines the purpose of having a class.

With such a broad agreement on the underlying issue and uncertainty in the outcome, this is certainly a highly anticipated opinion among benefits professionals. While the hearing itself was encouraging for clarifying fiduciary responsibilities in disclosures, ultimate clarity may yet again be derailed by penumbral procedural and logistical demands.

If you have any questions about this or any other legal matter, please contact us.

Whatever and wherever your industry, Offit Kurman is The Better Way to protect your business, preserve your family’s wealth, and resolve your most challenging legal conflicts. At Offit Kurman, we distinguish ourselves by the quality and breadth of our legal services—as well as our unique operational structure, which encourages a culture of collaboration and entrepreneurialism. The same approach that makes our firm attractive to legal practitioners also gives clients access to experienced counsel in every area of the law.