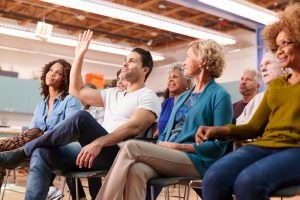 Foreclosures are a valuable tool for homeowners’ associations to collect delinquent amounts from owners, but one homeowners association recently found itself in hot water when it foreclosed for a small amount.

In a scathing opinion, the South Carolina Supreme Court recently invalidated a homeowners’ association’s foreclosure, finding it shocked the Court’s conscience.  The case is Winrose Homeowners’ Association v. Hale.  The Hales, who had owned their home for 21 years, fell $566.41 behind on their HOA assessments, and the HOA sued to foreclose its lien for this amount.  After the lawsuit was filed, the Hales received a notice from the HOA stating that they owed only $250.00, which they paid (and thus, after payment, the delinquent assessments sought in the lawsuit totaled only around $250.00).  The HOA’s law firm allegedly sent the Hales a letter saying the lien would be released.  The Hales filed the foreclosure papers away in a desk drawer and thought the lawsuit was over; it wasn’t.

The winning bidder purchased the property for $3,036.00.  This amount seems paltry on its face, but as is often the case with HOA foreclosures, the HOA’s foreclosure was subject to a senior mortgage.  The legal sticking point in the case focused not on the fact that the Hales were allegedly told that the lien was released, but rather, whether the high bid amount “shocked the conscience” when compared to the value of the property.

The South Carolina Supreme Court looked to another case from several years ago for guidance, the ominously-named Bloody Point case, where the court in Bloody Point noted that South Carolina courts will invalidate a foreclosure if the high bid is less than 10% of the value of the property.

In Winrose, the winning bidder argued that the high bid should be added to the outstanding mortgage balance – the mortgage had a $66,000 balance, plus the $3,000 bid, totals $69,000, and when compared with the property’s value of $128,000, this is well above the 10% threshold.  The Supreme Court disagreed, holding that another way of determining the shocks-the-conscience standard is to look at the high bid amount as a ratio of the property’s equity.  Here, there was $62,000 worth of equity (i.e. the value of the property once the mortgage is subtracted), and the high bid of $3,000 represented around 5% of the equity.  This falls below the 10% safe harbor, and shocked the court’s conscience, and the foreclosure was invalidated.

The bloody point, the Winrose court held, is to inject fairness into the calculation, and a court cannot draw a fair result without looking at both methods of calculating the 10% threshold and using the fairer method under the circumstances.  Clear as blood.  Pardon me.  Clear as mud.

While the different methods of calculating the bid-to-value ratio are legally instructive, the Court blasted everyone involved with the foreclosure, including the HOA, its attorneys, and the winning bidder, and noted that the owners bore some blame for allowing the assessments to fall delinquent.  The court noted that the winning bidder’s practice of buying properties and then selling them back to the owner, often reaping exorbitant returns while never intending to assume a senior debt, was “especially” troubling.

The court viewed the HOA and its attorneys as the enablers, and had they decided not to foreclose for $250.00, the winning bidder would never have had the opportunity to bid on the property.  The Court observed that “a foreclosure proceeding is a last resort, not a business model to be swiftly invoked for the purpose of exploiting property owners.”  The Court made no further mention of the attorney’s letter stating that the lien was satisfied or the communication from the HOA saying that the outstanding balance was only $250.00 – it is unclear why the court did not focus on these aspects of the case, and perhaps the evidence was lacking.

Cases like this, in a vacuum, paint a troubling picture.  Surely, nobody should lose their home over $250.00, especially when the mortgage is kept current.  But viewing anything in a vacuum, by definition, is without context.  Oftentimes, as HOAs, property managers, and attorneys keenly know, homeowners frequently respond only to legal papers, ignoring the multiple letters that often precede the legal paperwork.  I once heard a defendant (in a foreclosure I initiated) say that he received so many letters from attorneys that he doesn’t read any of them.  Similarly, we often hear owners say that they ignored the letters, or that they thought their mortgage company pays the HOA assessments (they don’t), or that since they rarely use the amenities, that they should not have to pay assessments (this is not a legal defense).

But there are also some learning moments.  First, owners routinely feel disenfranchised from HOAs and management companies, and a lack of communication is the most common complaint we hear: owners feel the only time they hear from the HOA is when payments are owed.  Sometimes a simple reminder to an owner can prompt a quick response:  Maybe a “Mr. and Mrs. Hale, we sent a letter to you but have not received a response” is all that was necessary here.  This is not an indictment against HOAs either, since too often homeowners avoid all meetings and throw away or immediately delete communications from the HOA.  Words that are rarely heard from an owner, but which owners should find themselves saying sometimes: “Dear Board, we haven’t received confirmation that our assessments are paid for this year, and we just wanted to follow up.”

HOAs should also be wary of foreclosing for small amounts.  Even though an HOA can foreclose for a small amount of money, we try to caution clients that doing so can be perceived by a court (or by the public) as attacking an anthill with a Sherman tank.

Finally, there appeared to be a lack of communication among the HOA and its attorneys.  When a person goes into default and a file is sent to the attorney, having one channel of communication is important.  If the Hales received conflicting communications from the law firm and from the HOA, inevitably there was a miscommunication.

A final comment is that the Court pointed out that this case is not “a shift toward providing relief to homeowners despite their own poor choices,” and it appears not to portend outright warfare against HOAs by the Courts.  The case is an outlier, but one that will no doubt provide fodder for complaints about the overreach of HOAs (while ignoring the benefits that HOAs provide).  But the case does highlight that HOAs are – rightfully or wrongfully – an easy target when a court is faced with difficult facts.