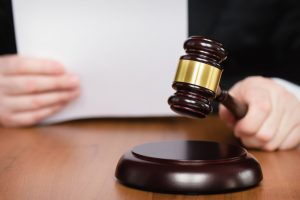 Offit Kurman attorneys Adam J. Rader and Lawrence A. Steckman obtained a unanimous decision from the 9th Circuit Court of Appeals in which a receiver’s claims seeking more than $65 million damages against three accounting firms were properly dismissed in their entirety, with prejudice.  Defendants were accused of fraud, breach of fiduciary duty, breach of contract and negligence in connection with audit reports which allegedly failed to detect self-dealing and fraud perpetrated by officers of a China reverse merger corporation.  The Ninth Circuit’s decision was issued on January 3, 2020.

Offit Kurman argued that because the claims at issue could have been discovered (and were in fact discovered), equitable tolling was unavailable to save the Receiver’s claims under the “Adverse Domination Doctrine,” which allows equitable tolling where a company is controlled by directors and/or officers acting adversely to company’s interests.  Offit Kurman argued that where an interested party has or could have had knowledge of the wrongdoing sufficient to seek redress for the misconduct, adverse domination tolling is unavailable.

The Ninth Circuit  held the adverse domination doctrine requires a corporate plaintiff or its representative arguing the statute of limitations should be tolled under the doctrine must show such complete control by corrupt insiders that discovery of the wrongdoing was impossible and that shareholders of the plaintiff corporation were able to seek redress for the wrongdoing.  The court held the Receiver was incorrect in arguing the auditor defendants would have had an ironclad in pari delicto defense and, moreover, that even if the auditor defendants had a plausible in pari delicto defense against potential derivative claims brought by the plaintiff corporation’s shareholders, defenses – hypothetical or otherwise – it would not have tolled otherwise applicable statutes of limitations.  Holding that the Receiver’s failure to properly plead adverse domination could not be cured by amendment, the Ninth Circuit upheld the trial court’s determination that all claims against Offit Kurman’s auditor clients were properly dismissed with prejudice.  Adam J. Rader argued the appeal before the 9th Circuit, as well as the motion to dismiss before the District Court.

Mr. Rader provides clients with creative and practical approaches to the resolution of complex commercial problems.

Mr. Rader has been involved on behalf of his clients in a diverse array of complex commercial litigation matters, arbitration and mediation, international matters, executive employment disputes and appellate matters.

Lawrence Steckman is a principal attorney of the law firm Offit Kurman and has been litigating securities and business cases since 1988.  In July 2006, Super Lawyers Magazine, in its inaugural New York edition, identified Mr. Steckman as one of New York’s first “Super Lawyers” in both securities and business litigation. He received that honor again in 2013, 2014, 2015, 2016, 2017, 2018 and 2019.  The independent attorney rating service, AVVO, has awarded him a rating of “superb,” its highest achievement level, based on a 10/10 score.  Mr. Steckman has handled billions of dollars in client matters and been counsel in leading securities, derivatives and RICO litigations and arbitrations.  He has authored or been the principal co-author of more than fifty published works on the law. He sits on the Boards of foreign and domestic companies and, since 1996, on the Advisory Board of the Private Securities Litigation Reform Act Reporter.