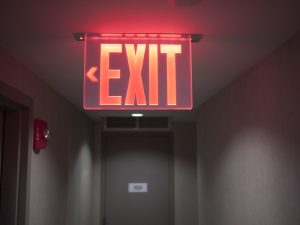 With the steady increase of founders of companies exiting through family and management succession transactions, sales, and other dispositions, an often-overlooked alternative, has had considerable traction.  Employee Stock Ownership Plans (“ESOPs”), popular 30-40 years ago with large corporations, have gained favor in recent years with many technology and GovCon companies.

Owners of closely-held C corporations can defer, or potentially eliminate, taxation on the capital gain from “qualified securities” sold to an ESOP if the proceeds are reinvested in “qualified replacement property” (“QRP”). Gain on the sale of the corporation stock is deferred until the QRP securities are later sold or could be eliminated entirely by step-up in basis of the QRP securities upon death.  In addition, an ESOP can borrow money to buy existing shares, new shares, or treasury shares, and contributions to repay the loans can be tax deductible, so that financing is done in pretax dollars.

At the same time, the ESOP is an employee benefit plan regulated under the Employee Retirement Income Security Act of 1974  (“ERISA”) by the Department of Labor and the Internal Revenue Service, like other qualified employee benefit plans, which imposes a layer of complex requirements on such plans.

The basic requirements for the company’s “qualified securities” under Section 1042 of the Code are:

QRP is securities of a domestic operating corporation, including common or preferred stock, bonds, notes, and other securities, which uses more than 50% of its assets in an active trade or business and cannot have passive income in excess of 25% of its gross receipts for the year preceding the purchase.  It cannot be stock of the company that is the ESOP sponsor.

These are the essentials to a successful ESOP transaction, which gives the selling shareholders an unparalleled opportunity to sell as little as 30% and, at their option, much more of the company and to hold on to the balance, whether remaining in control or simply riding the future success of the company.

There are further complex requirements under Section 1042 and related Code sections, and like many other areas of the Code compliance is essential. This includes requirements for maintaining the ESOP, which involves a trustee and requires regular valuation appraisals to assure one of the other ESOP benefits – a market for the ESOP shareholders of the company to sell their stock at true fair market value.

Establishing an ESOP for a partial or full exit from a company is a worthy alternative to other means of liquidating an owner’s ownership interest.  There is a lot of information on ESOPs online, but it requires diligence and guidance from legal and accounting experts to navigate the steps to success.  For the right company, it could be the best choice for owners to exit. 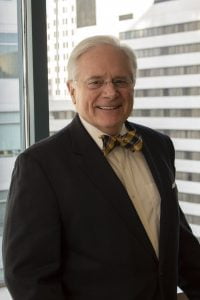 C. Thomas (“Tom”) Hicks III has more than 35 years of business law practice experience in Northern Virginia. Mr. Hicks represents business clients in all their legal needs, working with the management team as outside general counsel, and otherwise coordinating the company’s general legal needs. Mr. Hicks assists the organizers with choice of business entity and organization, initial and private equity financing and debt financing. He advises the management team regarding corporate governance, executive employment and compensation matters, contract matters, business acquisitions, equity and asset sales and merger, and business breakups and dissolutions of business entities, among other legal areas.  He also advises business executives and companies regarding stock and other equity benefit plans, and wealth planning and asset protection.  Mr. Hicks has advised commercial real estate developers in all legal aspects of their business.