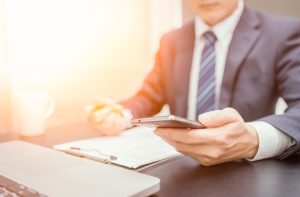 For owners of small and medium-sized businesses, the prospect of selling their company is an exciting – and potentially life-changing – opportunity. Although most sellers realize there will be a tax cost at the end of the day, many have little or no experience with the “deal process” and often are surprised – and stressed – by “tax” issues that arise in the course of the transaction. Here are a few high-level, tax-related aspects of a transaction to think about at the front end of the process. (Note that some issues differ depending on whether the business is structured as a C corporation, S corporation or LLC treated as a partnership.)

1. Get the “tax-side” of your business in order before you begin the process.

In almost every transaction, a prospective buyer (or buyers) will undertake a thorough “due diligence” process and look at all aspects of the target business, including potential tax exposure items. Most sellers initially think “what’s to worry about? We have a CPA prepare our tax returns, and we do everything right.”

Well, maybe that will be the case. But, it would also be the exception. Based on my 30+ years of providing tax advice on hundreds of deals, I would estimate that 80-90% of companies have at least some tax issues surface upon thorough due diligence by a buyer’s advisor.  Keep in mind that outside advisors who are paid to undertake due diligence may feel compelled to find a least some issues.  In many cases, the issues may not be large (or material), but in some cases they are. And, depending on the type of buyer (discussed below), any potential tax issues can be contentious.

Some of the most common tax issues that emerge are:

2. Think about and understand the tax consequences of different types of transactions (to both the buyer and seller) before you negotiate the sale price or sign a letter of intent (“LOI”).

Reaching agreement over the amount and type of cash and non-cash consideration to be paid is important, but there are several major tax elements that impact the value of the deal to both parties. These include:

If these issues are not addressed in the initial LOI, it often is difficult for a seller to later negotiate to be indemnified (i.e., in negotiations over the purchase agreement language) for any incremental tax cost to the seller as a result from the deal following the terms outlined in the LOI. The tax cost to the seller just becomes another issue to be negotiated, and probably “traded” for something the buyer wants (that will disadvantage the seller).

3. Understand the differences between a private-equity buyer and a strategic buyer.

Experienced transaction lawyers know there is a world of difference between a strategic buyer (e., a public or private company already in the target’s business, or a related or complimentary business) and a private equity investor.

Whatever deal you may be involved in as the seller of a business, you need to work with experienced legal advisors and accountants who can represent your interests, guide you through the process, and work to obtain the best result – while reducing the stress to you.