The Legali(teas) of Today’s Pop Culture:
Why is Lizzo Getting Sued? – A Legal Analysis 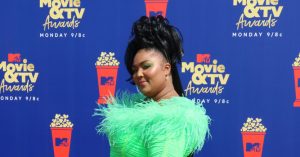 Back in September, in a since deleted tweet, Lizzo tweeted about a girl stealing her Postmates delivery along with a photograph of the alleged food thief. Almost immediately, the backlash poured in from her followers calling out the singer for publicly putting someone on blast. The next day, Lizzo backtracked, tweeting, “I apologize for putting that girl on blast. I understand I have a large following and that there were so many variables that could’ve put her in danger. Imma really be more responsible with my use of social media and check my petty and my pride at the door.”

Well, it seems her apology didn't quite cut it. Tiffany Wells, the alleged Postmates thief, filed suit on Lizzo in California federal court for libel, intentional infliction of emotional distress, and false light invasion of privacy.

The suit claims, “Lizzo’s conduct was extreme and outrageous in that she used her celebrity to publicly defame, disparage, and threaten a private individual (i.e. [Tiffany Wells]), to roughly one million Twitter followers.”

In order for Wells to prevail in her claim for libel, she must meet all of the elements. Pursuant to California Law, libel is a false and unprivileged publication by writing, printing, picture, effigy, or other fixed representation to the eye, which exposes any person to hatred, contempt, ridicule, or obloquy, or which causes him to be shunned or avoided, or which tends to injure him in his occupation. Cal. Civ. Code §45 and Cal. Civ. Code §46.

For her claim of intentional infliction of emotional distress, Wells will have to show that Lizzo's conduct was outrageous, reckless or intentional, and as a result, Wells suffered severe emotional distress. CACI No. 1600. To prevail on her claim for false light invasion of privacy, she will have to show that the tweet was made public, it placed Wells in a false light, and the average person would consider the false light offensive. James v. Screen Gems, Inc. 174 Cal. App. 2d 650.

While social media is usually all fun and games, there can be serious consequences to your actions online.

If you or someone you know has questions about potential risks as they relate to digital footprints, please contact us.

Stay tuned to The Legal Tea for updates on this matter as the case progresses.