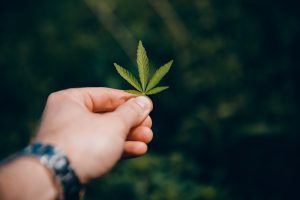 A California cannabis business this week filed an appeal of its tax case to the Ninth Circuit Court of Appeals, challenging the application of  Section 280E to its state-legal marijuana business.

The business, Harborside Inc., based in Oakland, California, is a California licensed medical-marijuana dispensary. The taxpayer deducted expenses under Section 162 of the Code (for ordinary and necessary business expenses), and adjusted its cost of goods sold for indirect expenses under the Section 263A UNICAP rules for producers. It purportedly was one of the largest legal marijuana businesses in the United States, with reported revenue of over $100 million over a five-year period (2008-2012). Of that revenue, 99.57% came from marijuana sales.

The IRS audited Harborside – which filed tax returns as a “C corporation” – for its 2007-2012 tax years. The IRS denied most of Harborside’s claimed deductions and adjustments for cost of goods sold, and asserted tens of millions of dollars in deficiencies and accuracy-related penalties. The IRS based its adjustments primarily on the Section 280E prohibition on deductions or credits for amounts paid in carrying on a trade or business that consists of trafficking in controlled substances.

Harborside challenged the IRS’ denial of its ability to use the Section 263A capitalization rules to reduce the amount of its net income subject to tax. The Tax Court upheld the IRS’ position, holding that Section 280E prevents Harborside from deducting its business expenses (beyond the cost of goods sold applicable to a reseller).

Harborside now is appealing the Tax Court decision to the Ninth Circuit Court of Appeals. Harborside’s counsel has indicated that the taxpayer may argue to the Ninth Circuit that the limitation on deductions under Section 280E violates the 16th Amendment (presumably on the basis that it results in a tax that goes beyond “income” of the taxpayer), and perhaps also the Eighth Amendment’s prohibition of “excessive fines.”  These arguments were raised in the recent Tax Court case – Northern California Small Business Assistants Inc. v. Commissioner, Docket No. 26889-16 (filed October 23, 2019) – and found some support among certain Tax Court judges.

For help or guidance on tax issues in connection with a marijuana dispensary or other state-legal marijuana business, please contact us.