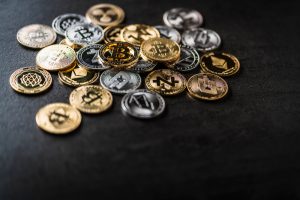 The 2018 Tax Act changed the like-kind exchange rules (IRC Sec. 1031) to narrow their application to exchanges of real estate properties, and not permit tax-free exchanges of personal or intangible properties.

Prior to the 2018 change, many people who traded cryptocurrency coins took the position that their trades of one type of cryptocurrency coins into another type of coin (e.g., Ethereum for BitCoin) were excludable from tax under the section 1031 rules, which permit taxpayers who exchange “like-kind” properties to defer recognition of tax on the exchange.

Even then, cryptocurrency traders who took the position that their coin for coin trades were like-kind transactions for which their gain could be deferred under Section 1031 should have reported the transactions on Form 8824, and documented their trades.

But, an IRS official last week stated that the IRS’s position is that the like-kind exchange exemption never applied to cryptocurrency exchanges. That statement suggested that in the eyes of the IRS, all crypto trades should have been reported as taxable transactions, even if the trade was an exchange of one type of coin for another. This statement by an IRS Attorney in the Office of Chief Counsel, was reported by Bloomberg Law’s DAILY TAX REPORT, was not an official announcement by the IRS, but likely indicates the attitude of the agency.

Another IRS official later told BNA that the agency does not have a blanket policy to deny like-kind exchange treatment for pre-2018 cryptocurrency trades. That official said that the IRS will make a determination based on a taxpayer’s particular facts and circumstances, according to BNA.

If you need legal advice on tax issues associated with your cryptocurrency trading, please contact us.