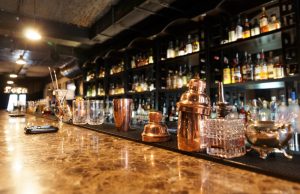 Picking up from where we left off, there are many instances, as you can probably imagine, where a community doesn’t want an alcoholic beverage license issued to a local business. There can be many reasons for this, as you can also imagine: noise, riff-raff, competition – well, you get the idea. From what I know, this happens more with renewals than initial license applications, maybe because there has been some negative history associated with an establishment’s existence.

When the community doesn’t want a local establishment to have an alcoholic beverage license issued or renewed, typically there will be a protest. Public hearings are held when licenses are sought or renewed, and the public is notified of when these happen. That means they can show up and complain. All part of a democratic society I guess.

As you can imagine, the local licensing boards may not necessarily feel like listening to several hours of testimony from the community with its members exercising varying degrees of restraint and decorum. This is in part why the Baltimore City Delegation introduced a bill in the House of Delegates in 2018 that if passed would have imposed mandatory mediation requirements between licensees and their communities at renewal time prior to the relevant public hearings. The bill flopped, but let’s consider it for a minute.

The local licensing boards are charged with the task of determining whether or not an alcoholic beverage license should be renewed. As part of their decision-making process, the members of each board should be considering what the community has to say on the matter since they have a much better idea of how the business is operating and what sort of actual or perceived problems it may be causing. When a large portion of the community protests, it’s probably time to take a step back and ask some questions about how things have been going.

Well, what happens if there are mandatory mediation and one community member with a lot of resources that want to protest a renewal goes out and drums up community support, maybe gets a number of people to sign a petition, and takes up representing the community’s interest in a mediation? Naturally, this could (and probably would) happen if mediation was required. How would the community know whether its interest would be represented?

Mediation can be a useful tool in resolving disputes between parties when their adverse interests are clear. I’ve been through mediation in my time and it’s a fascinating process if you have a good mediator. In the format I experienced, the parties got together with the mediator to agree on the scope of the dispute and positions of the parties, then we got split up into different rooms and the mediator went back and forth trying to get us to agree on resolutions proposed by the other side.

But what if one party is an entire community? Is there a quorum that has to participate? Anyway, let’s consider the public hearings next week.