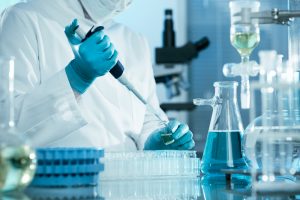 The Federal Circuit here made errors by conflating claims directed to a method of treating mammals with FDA-approved treatments in humans. The Court mistook the importance of a reference to reverse the Patent Trial and Appeal Board’s decision that found the claims invalid as obvious.

Apotex challenged U.S. Patent Number 6,900,221 (“the ’221 patent”) at the Board, which found claims 44-46, and 53 invalid as obvious.[1] The FDA’s Orange Book lists the ’221 patent as covering the drug Tarceva® (the compound, erlotinib). Tarceva® is indicated for the treatment of non-small cell lung cancer (“NSCLC”).[2] The patent claims at issue are directed to treating NSCLC and related proliferative diseases in a mammal using a therapeutically affective amount of erlotinib, or salts thereof, and a carrier (emphasis added).[3]

The Federal Circuit found, however, that the Board “misinterpreted” these references, so that its finding of a reasonable expectation of success was not supported by substantial evidence. Id. at 13.[5] In its ruling, the Court repeatedly referenced the Govindan reference, which declares that from 1990 to 2005, in NSCLC alone, just 7 of 1,631 drugs studied in phase II trials gained FDA approval, a 99.5% failure rate. As a result, the Federal Circuit found:

These references provide no more than hope—and hope that a potentially promising drug will treat a particular cancer is not enough to create a reasonable expectation of success in a highly unpredictable art such as this. Indeed, given a 99.5% failure rate and no efficacy data or any other reliable indicator of success, the only reasonable expectation at the time of the invention was failure, not success.

Id. at 17. The Federal Circuit misplaced reliance on Govindan because the claims at issue focus on therapeutically effective treatment of a mamal, not the likelihood gaining FDA approval in humans. Govindan is essentially a newsletter, stating the failure rates of oncology drugs gaining FDA approval from phase II trials, but cited no data or support of any kind. Therefore, the Court misapprehended this reference’s relevance to claims at issue.

Furthermore, Govindan was at best, tangentially relevant to the scope of claims at issue. The Board determined at institution that the claims should be construed according to the plain, ordinary meaning; Patent Owner and Petitioner agreed. The Board found, “[t]he challenged claims, [], do not require administration of a clinically effective amount of erlotinib to a human.” IPR2016-01284, at 7-8. The Board’s claim construction was undisturbed by the Court.

Though the Federal Circuit noted the scope of the claim was limited as treatment in mammals (OSI at 13), it failed to adhere to it in practice. The Court wrote that it was not holding that “efficacy data is always necessary for a reasonable expectation of success[]” (id. at 18), but that is the true effect of its ruling. The Federal Circuit has set up yet another false bulwark to protect drug patents.

[2] https://www.gene.com/download/pdf/tarceva_prescribing.pdf. Another indication includes first line treatment of metastatic pancreatic cancer in combination with gemcitabine, though only the NSCLC indication is relevant here.

[3] The claims under examination read:

[4] Phase I clinical trials are the first tests in human subjects, the compound candidate having already proven itself in laboratory and animal studies (including mice). https://www.cancer.org/treatment/treatments-and-side-effects/clinical-trials/what-you-need-to-know/phases-of-clinical-trials.html.

[5] The Federal Circuit analyzed whether Gibbs specifically disclosed use of erlotinib to treat NSCLC. OSI at 7-8. The Gibbs disclosure is not the focus of this comment, though it should be noted that Apotex never argued that Gibbs anticipated the claims.