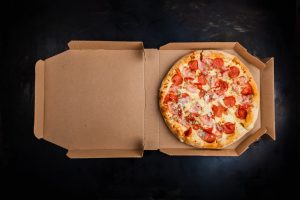 On October 7, 2019, the U.S. Supreme Court commenced its current term.  On that date, the High Court let stand a decision rendered in January by a panel of the U.S. Court of Appeals in California. That decision, which now sets the rule in this area, held that a blind customer could sue Domino’s Pizza on the basis of a claim that its website violated the federal Americans With Disabilities Act.  The customer, Robles, who is blind, alleged that Domino’s violated the ADA because on two occasions he was unable to order a pizza from a nearby store. According to the complaint, Domino’s failed to design its website and mobile app so Robles could use his screen-reading software, which vocalizes visual information on websites.

The ADA provision at issue is found in Title III, which requires “a place of public accommodation” to provide “auxiliary aids and services” to ensure that individuals with disabilities are not barred from accessing its services.  The trial court had dismissed Robles’ lawsuit because it concluded that even though the ADA applied the lawsuit violated Domino’s right under the U.S. Constitution to “due process.”  The trial court also ruled that the matter should be left to the Department of Justice to develop specific guidelines on how businesses such as Domino’s should comply with the ADA’s requirement that its website be accessible to individuals with disabilities.

The U.S. Court of Appeals disagreed.  The appeals court noted that since 1996, the DOJ had taken the position that websites of public accommodations are subject to the ADA.  The appeals court also ruled that the lack of specific DOJ regulations did not eliminate Domino’s statutory duty under the ADA to ensure “the full and equal enjoyment” of its goods and services by its blind customers.  The appeals court also held that it was not required by the Constitution’s due process clause to defer to the DOJ and a potential rulemaking down the road in this case.  The court said: “Whether Domino’s website and app are effective means of communication is a fact-based inquiry within a court’s competency.”

Regrettably, the appeals court did not establish a bright-line test to give a public accommodation business a roadmap for complying with the ADA.  But it did indicate there is no easy fix.  In a footnote, the appeals court found, for example, that the mere existence of a phone number, without an inquiry into its effectiveness, did not insulate Domino’s, or any other public accommodation business, from an ADA lawsuit for failure to make its website accessible to customers with disabilities.

One thing is clear: Every business with a website that customers can use to order goods or services, whether or not it’s tied to a physical location, should perform an audit to ensure its website doesn’t give rise to a lawsuit alleging violations of the ADA.

Offit Kurman is one of the fastest-growing full-service law firms in the United States. With 13 offices in six states, and the District of Columbia, and growing by 50% in two years through expansions in New York City and Charlotte, North Carolina,  Offit Kurman is well-positioned to meet the legal needs of dynamic businesses and the individuals who own and operate them. For over 30 years, we’ve represented privately held companies and families of wealth throughout their business life cycles.