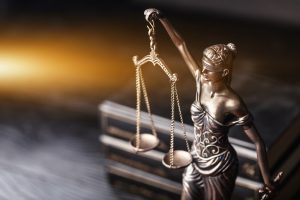 Judge Goldberg Limits the Use of F.R.C.P. 60 as a Mechanism for Obtaining a Non-Infringement Ruling.

What options exist for a generic manufacturer, after a finding of infringement by the District Court, to then show non-infringement of an amended Abbreviated New Drug Application (“ANDA”)?  This issue was recently addressed in Forest Labs. v. Sigmapharm Labs., Civ. No. 14-1119-MSG, 2019 U.S. Dist. LEXIS 131304 (D. Del. Aug. 6, 2019).  Sigmapharm, on multiple occasions throughout the case, tried to amend the specification of its ANDA to avoid a limitation of claim 1 of U.S. Patent No. 5,763,476. Ultimately, however, Judge Goldberg found that Sigmapharm infringed the claim. Following the court’s ruling on infringement but prior to the entry of the final judgment, Sigmapharm filed another amendment to its ANDA and moved for a ruling of non-infringement. While Judge Goldberg denied the motion for a ruling of non-infringement, he gave the parties the option of either appealing his final judgment or reopening discovery on the issue of infringement.

Interestingly, the Court’s opinion reviewed Sigmapharm’s options for challenging the finding of infringement as against the amended ANDA, i.e., for seeking relief under Federal Rules of Civil Procedure 60(b)(2), (b)(5), and (b)(6). Federal Rule 60 provides the standards for obtaining relief from a Court’s judgment or order. Rule 60(b) allows for a party to seek relief from a judgment on the basis of “(1) mistake, inadvertence, surprise, or excusable neglect; (2) newly discovered evidence that, with reasonable diligence, could not have been discovered in time to move for a new trial under Rule 59(b); (3) fraud (whether previously called intrinsic or extrinsic), misrepresentation, or misconduct by an opposing party; (4) the judgment is void; (5) the judgment has been satisfied, released, or discharged, it is based on an earlier judgment that has been reversed or vacated; applying it prospectively is no longer equitable; or (6) any other reason that justifies relief.”  Fed.R.Civ.P. 60(b)(1)-(6). Motions under Rule 60(b) must be made within a “reasonable time,” and motions under Rule 60(b)(1)-(3) must be filed within one year of entry of the judgment.

The Forest Court found that Rule 60(b)(2) was not applicable to an ANDA amended after the Court’s finding of infringement, because these post-judgment changes to the ANDA were not “newly discovered evidence” that was in existence at the time of the trial but “of which the aggrieved party was excusably ignorant.” Forest Labs. v. Sigmapharm Labs, 2019 U.S. Dist. LEXIS 131304 at *5, citing Colyer v. Consol. Rail Corp., 115 F. App’x 473, 481 (3d Cir. 2004).

The Forest Court also found Rule 60(b)(5) to be inapplicable since no injunction had been imposed in the case, reasoning that the rule “empowers courts to modify a judgment only if it is ‘prospective,’ or executory,’” or, in other words, the rule provides relief only from injunctions or consent decrees.  Id. (citations omitted).  Furthermore, in Allergan, Inc. v. Sandoz Inc., Case Nos. 2:08-cv-97, 2013 U.S. Dist. LEXIS 169918 (E.D. Tex. Dec. 3, 2013), the District Court determined that Sandoz had not met its burden of establishing that there had been a significant change in circumstances warranting revision of a judgment because Sandoz’s intentional act of amending its ANDA could not be characterized as unforeseen or unexpected, and was totally within the control of Sandoz. Id. at *19-20.

The Forest Court found Rule 60(b)(6) did not apply in this case, either.  The Rule 60(b)(6) basis for relief from a judgment is “extraordinary,” and may only be invoked upon a showing of exceptional circumstances.  Id. at *12 (citations omitted).  Rule 60(b)(6) relief requires a party to show that absent such relief, an “extreme” and “unexpected” hardship will result.  Id. The Court further found that an unexpected hardship “rarely exists when a party seeks relief from a judgment that resulted from the party’s [own] deliberate choices.” Id. Here, Sigmapharm could not satisfy this elevated standard.