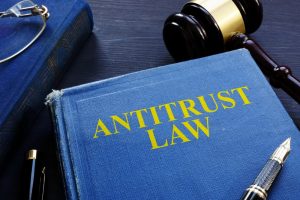 The Southern District of New York’s ruling in In re Novartis & Par Antitrust Litigation provides insight into how to limit the number of claims asserted in a pay for delay antitrust suit; and, more importantly, illustrates why antitrust counsel should be consulted when IP litigation counsel is negotiating the terms of a settlement agreement in the context of the Hatch-Waxman Act.

As shown in this case, the increasing number and complexity of antitrust suits involving generic drug manufactures suggest that IP litigation counsel should consult with their antitrust colleagues to consider the antitrust ramifications of any contemplated settlement agreements in Hatch-Waxman litigations. Because making an agreement that crosses an antitrust line, even if unwittingly, can have serious consequences.

In re Novartis & Par Antitrust Litigation, arises from an agreement entered between Novartis and Par which allegedly delayed both the entry of Par’s generic version of Exforge, and the entry of Novartis’ authorized generic version of Exforge.  In re Novartis & Par antitrust Litigation, C.A. 18-cv-4361 (AKA), 2019 U.S. Dist. LEXIS 138133, *5 (Aug. 15, 2019).  Exforge is a combination of amlodipine and valsartan used for the treatment of hypertension.  Id.  According to the allegations of the complaint, the earliest possible date that generic Exforge could enter the market was September 21, 2012, when Novartis’ regulatory exclusivity for valsartan expired.  Id. at *4.  The latest possible date Par could enter the market, absent agreement Novartis, was alleged to be March 29, 2013, the date Par received final approval of its Exforge ANDA.  Id. at * 5.

The class complaint alleges that Par notified Novartis that it planned to launch its generic Exforge prior to the expiration of U.S. Patent Nos. 6,294,197 (“the ’197 patent”) and 6,395,728 (“the ’728 patent”) and that it challenged both the validity and infringement of these patents.  Id. at 4.  A second generic manufacturer, Synthon Pharmaceuticals, also filed an abbreviated new drug application (“ANDA”) for generic Exforge.  However, on November 30, 2011, Par allegedly entered into an asset purchase agreement with Synthon to acquire its Exforge ANDA.  Id. at 5.

Novartis, after receiving notice that Par’s Paragraph IV challenge to the ’197 and ’728 patents, did not commence suit pursuant to the provisions of the Hatch-Waxman Act, 21 U.S.C. § 355(c)(3)(C).  Id. Rather, Novartis allegedly entered into an agreement with Par under which:

In re Novartis, 2019 U.S. Dist. LEXIS 138133 at *5.  Plaintiffs further alleged that the agreement effectively extended Novartis monopoly over the Exforge market by delaying entry of generic competition and granted Par, in consideration for its delayed market entry, a 180 day exclusivity for its generic Exforge.  Thus, allowing for an extended period of increased generic Exforge prices.  Id.

The Court considered the defendants’ motions to dismiss Plaintiffs’ per se claims under Section 1 of the Sherman Act and motions for injunctive relief by the direct purchase plaintiffs (“DPPs”).  Also before the Court, were defendants’ motions to dismiss the state law claims based on the statute of limitations; state law unjust enrichment claims; the class action under the Illinois Antitrust Act, and the consumer protection claims under Massachusetts and Missouri law that were asserted by indirect purchaser/end payor plaintiffs (“EPPs”).

The Court dismissed the per se claims based on the ruling in FTC v. Actavis, Inc. 570 U.S. 136 (2013), where the Supreme Court found that pay for delay agreements in Hatch-Waxman litigation was not presumptively unlawful and adopted a rule of reason approach for analyzing such claims.  Id. at 158-159.  The Court was unpersuaded by the DPPs’ argument that the timing of the settlement, before the institution of a Hatch-Waxman suit, distinguished this case from Actavis.  It found instead that because the alleged antitrust conduct unfolded in the context of, and depended on, the  Hatch-Waxman act statutory regime, the Supreme Court’s Actavis ruling on that regime applies.  In re Novartis, 2019 U.S. Dist. LEXIS 138133 at *6-7.  The Court further found that subsequent cases uniformly indicate that the Actavis rule of reason approach was applicable to no-authorized generic type agreements.  Id. at *7.